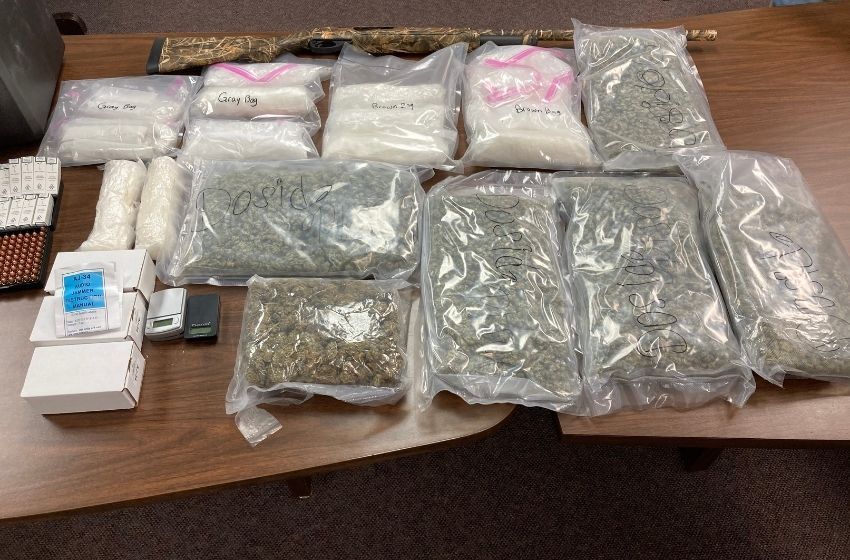 Through a coordinated effort, authorities arrested James Lee Payne II and another individual whose name was not released at a storage unit in East Tennessee, where agents seized ten pounds of meth, over a pound and a half of Fentanyl, a shotgun, and $10,000 in cash.

Meanwhile, agents also searched a storage unit connected with Payne in Henry County and seized two pounds of meth and five and a half pounds of marijuana.

A search of Payne’s residence on Mill Creek Road in Puryear revealed another several ounces of meth, LSD, a pound of marijuana, and $5,700 in cash.

Five vehicles were also seized in the operation.

Officers believe the drugs seized in East Tennessee were destined for Henry County.

The case remains under investigation and authorities expect more people to be charged in the trafficking operation.