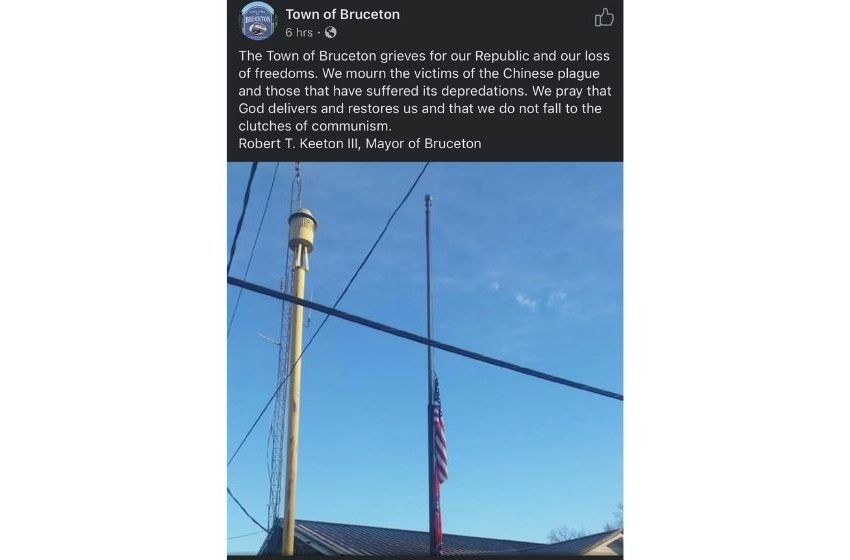 In the post, Mayor Keeton stated the town is “grieving the Republic and the loss of freedoms.”

The post was made during the inauguration of President Joe Biden and Vice-President Kamala Harris.

The post also states that the Town of Bruceton “prays that God delivers and restores us and that we do not fall to the clutches of communism.”

A majority of the comments are in disagreement with the mayor’s decision to make the personal statements on the city’s official Facebook page.