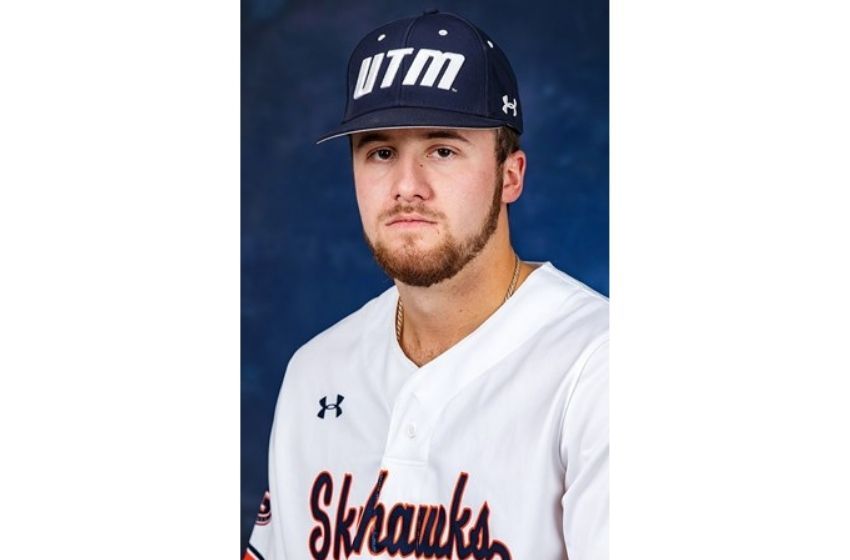 Casey Harford, a junior on the UT Martin baseball squad, has been chosen as one of 100 players on the first edition of the 2021 Brooks Wallace Award watch list, announced by the College Baseball Foundation.

The Brooks Wallace Award, sponsored by Mizuno, honors the nation’s top shortstop and will be presented this summer. It’s named for former Texas Tech shortstop Brooks Wallace, who played for the Red Raiders from 1977 to 1980 before passing away of leukemia at age 27.

A 6-0, 185-pound right-handed hitter, Harford has been a team leader on the diamond all season long, starting in 27 games for head coach Ryan Jenkins. He leads the squad in doubles (seven) while ranking second in batting average (.292), second in hits (31), second in RBI’s (25) and third in runs scored (21). He has struck out only 12 times in 106 at-bats and sports a .462 slugging percentage as the team’s primary No. 3 hitter in the lineup.

Harford leads the Skyhawks with seven multi-RBI games in 2021 and ranks second on the team with eight multi-hit performances. He is responsible for the longest hitting streak by any UT Martin player this spring – stringing together a hit in 13 consecutive games from Feb. 24 through March 27.

Defensively, Harford is as reliable as they come up the middle as he has committed just three errors in 95 chances, equating for a slick .968 fielding percentage.