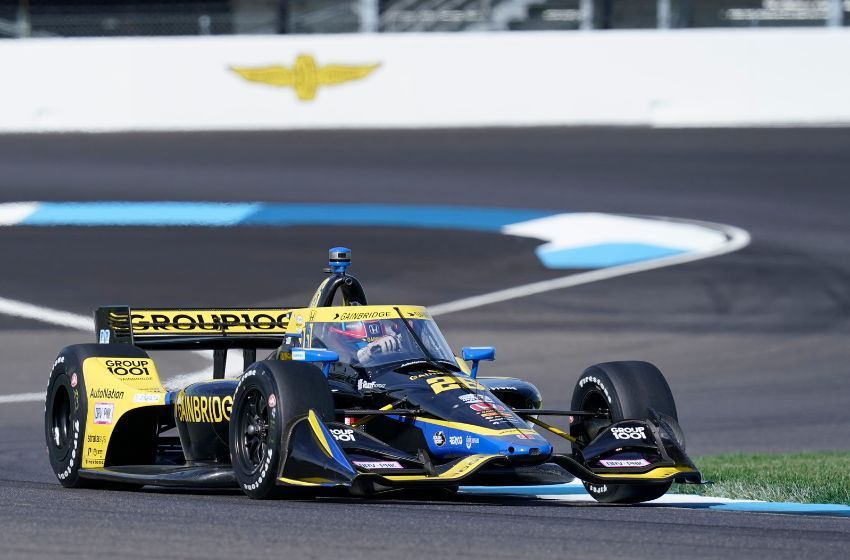 Colton Herta drives into a turn during a practice session for a IndyCar auto race at Indianapolis Motor Speedway, Friday, July 29, 2022, in Indianapolis. (AP Photo/Darron Cummings)

NASHVILLE, Tenn. (AP) — Colton Herta returns to the second Music City Grand Prix coming off his own moment on the stage.

The IndyCar driver played a gig with his punk rock band, The Zibs, at a historic Indianapolis bar last week.

There’s no encore in Nashville.

Herta is back for Sunday’s race looking for the win he let slip away last season. Herta dominated the inaugural race on the downtown streets of Nashville until a series of mistakes cost him the win.

The American star knows he’s out of the IndyCar championship race and is focused on collecting as many victories as possible.