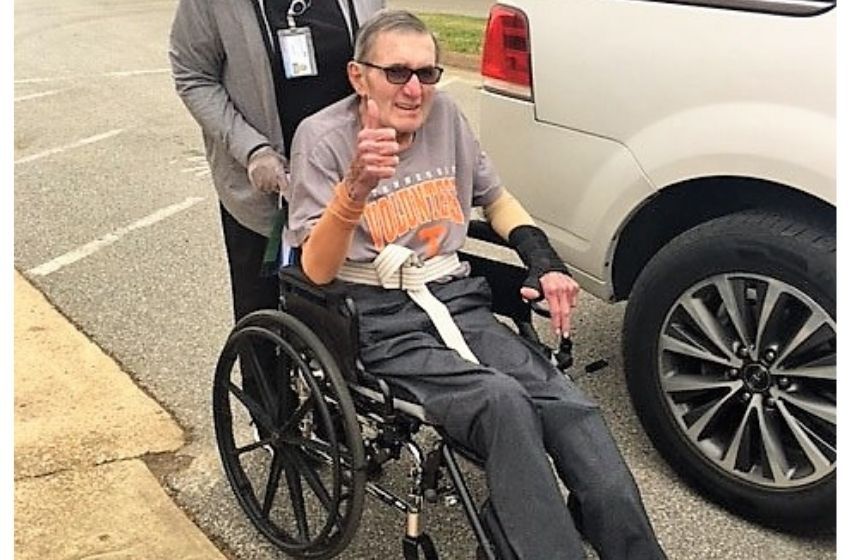 David Murphy is back home in Martin after spending the past eight months and one day in the hospital.

The owner of Murphy Funeral Home in Martin, Mr. Murphy broke his hip last August and through a series of complications, including the amputation of his left leg, remained hospitalized in Middle Tennessee and away from the community he loves for nearly a year.

Upon his arrival at a rehab facility in Martin Friday, Mr. Murphy was greeted by family and friends, and with his daughter, Ginger, by his side, told Thunderbolt Radio News how he felt to finally be back home.

Mr. Murphy’s son, David, says he’s glad to have his dad back.

Ginger says Mr. Murphy will spend the next several weeks at the facility where he’ll have three hours a day of rehabilitation.