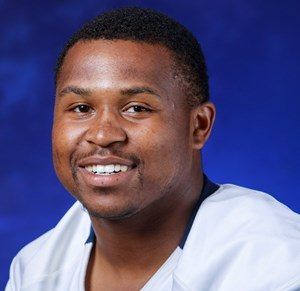 A former Union City High School football standout has been named the Ohio Valley Conference “Defensive Player of the Week”.

UT-Martin linebacker D’Carrious Stephens was awarded the honor following the Skyhawks 33-27 win at home over Samford.

The 6’0” 225 pound Stephens had five tackles on the night, along with a game saving play late in the fourth quarter.

With 1:34 remaining, and the Skyhawks leading by six, Stephens intercepted a pass from Samford quarterback Liam Welch at the 38-yard line.