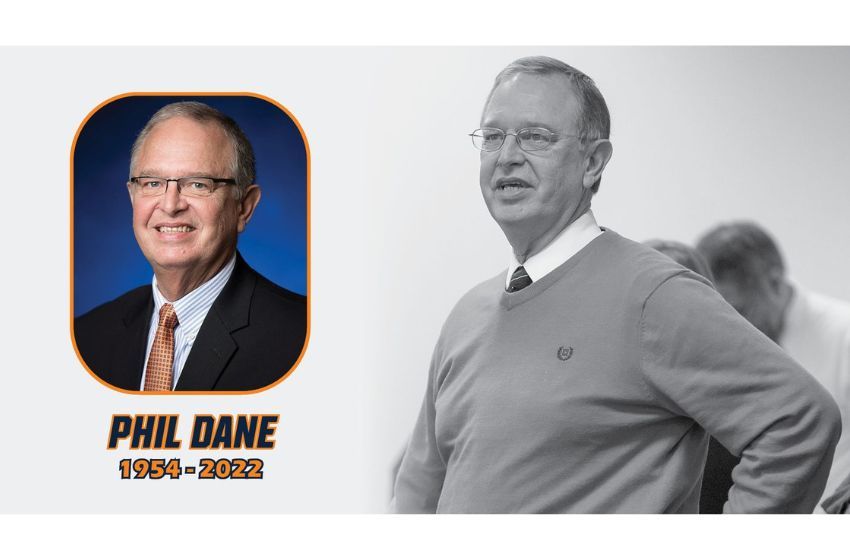 Dane, a Martin native who lived in Memphis in recent years, dedicated 41 years of service in a variety of roles on campus.

He was appointed as the university’s director of intercollegiate athletics by Chancellor Philip Conn in 2000, a position he held until Dec. 31, 2013. Following his retirement, he returned to campus as a student-engagement consultant from 2014-19.

Dane was inducted into the UT Martin Athletics Hall of Fame in 2015 and was just enshrined in the OVC Hall of Fame last year – becoming only the third Skyhawk representative to earn that honor.

To this day, Dane’s impact is still felt on the UT Martin campus. A big part of his legacy was a $50 student fee increase in the fall of 2007, which generated roughly $600,000 annually and provided salaries for five additional positions within the athletic department. Almost $2,000,000 in private funding was raised while Dane was in charge of Skyhawk Athletics, leading to facility upgrades at Hardy Graham Stadium and the Rhodes Golf Center, amongst other amenities. The Graham Stadium pressbox, a facility that was spawned by Dane, opened in time for the 2016 football season and includes the “Phil Dane Athletic Director Suite” on the third floor.

An Air Force veteran, Dane was a three-year letterman in baseball at Tennessee Tech before graduating in 1978. He earned his Master’s degree from UT Martin in 1984.

He is survived by his wife Debbie and daughters Shelly, Katie, and Abbey.

Funeral services for Phil Dane will be Sunday, October 2, 2022, at 4:00 at First Baptist Church in Martin.