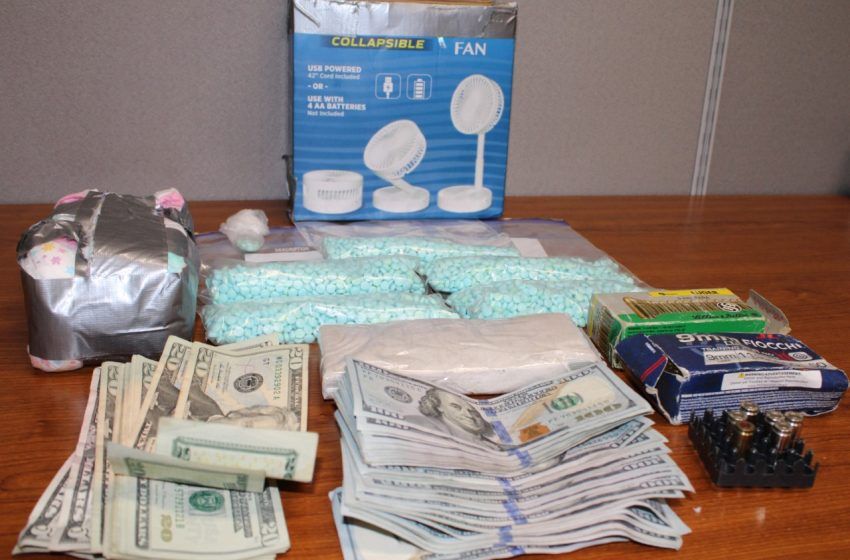 Three people from Arizona, and one from Paducah, were arrested after a large amount of fentanyl was seized in Paducah.

Police reports said drug detectives were conducting surveillance at a home on Trimble Street, that was suspected of drug activity.

Reports said officers initiated a traffic stop on a vehicle leaving the residence, with a K9-Unit indicating illegal drugs.

During a search, detectives found a box containing five separate bags containing approximately 5,000 fentanyl pills, with a street value of about $100,000 dollars.

At the time of the arrest, police reports said Freeman was in possession of over $3,000 in cash.

A search warrant for the Trimble Street residence resulted in additional fentanyl pills being recovered, along with $15,000 in cash.