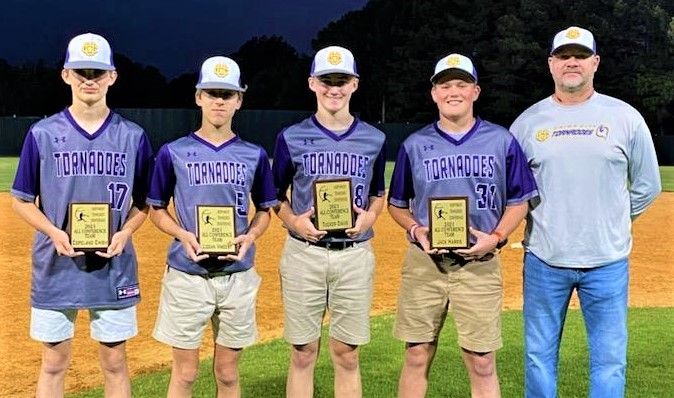 Communications Director Mike Hutchens said the honors were based on seasonal play.

Among the Tornadoes players honored after the conference championship game were Copeland Chism, Logan Vincent, Tucker Davis and Jack Harris.

Union City finished their year with a record of (14-11), making it to the semifinals of the postseason.