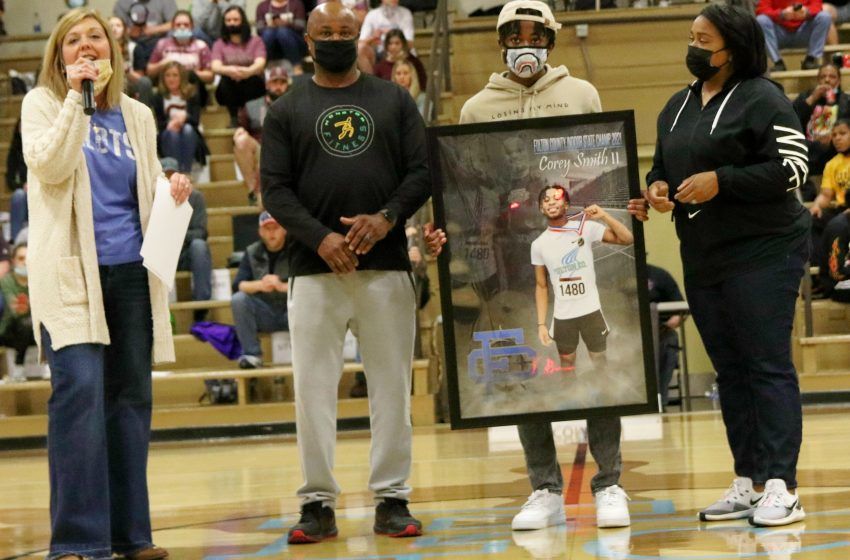 Smith claimed the titles on March 13th in Louisville.

During the First District Basketball Tournament at Fulton County this week, Smith was honored for his accomplishments during a halftime ceremony.