The History of Thunderbolt Radio

In June of 1957, WCMT-AM 1410 became the first radio station to begin broadcasting in Weakley County. WCMT’s call letters stand for “Weakley County, Martin, Tennessee” and was solely owned by Jones T. Sudbury of Blytheville, Arkansas. The property was purchased from Cliff and Virginia Weldon on highway 45 North which would later become known as North Lindell Street in Martin. 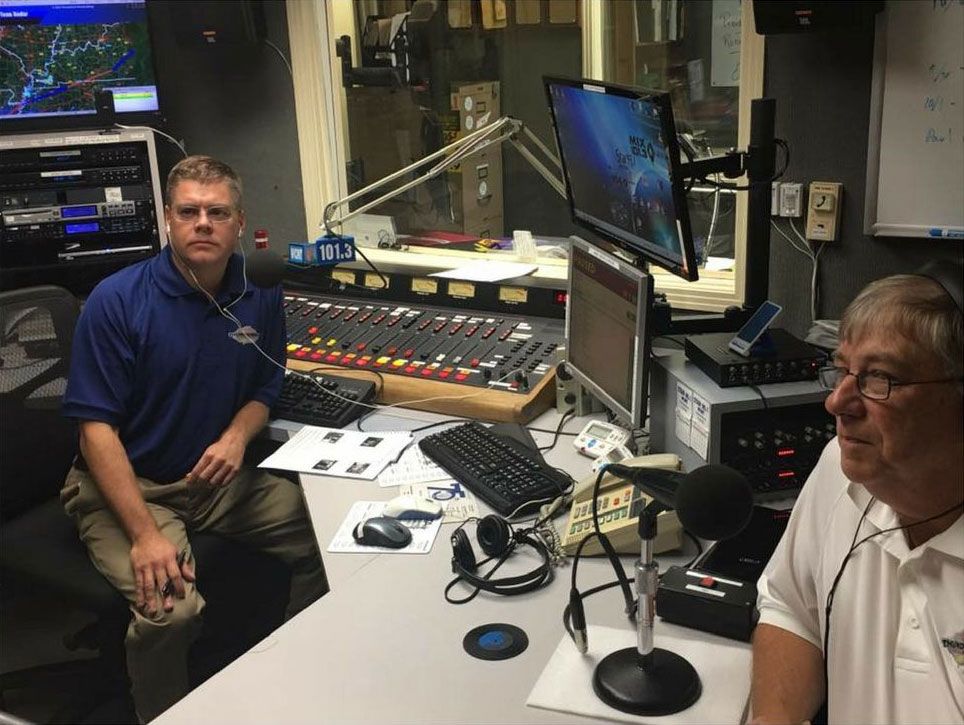 The radio station signed on at 6AM and signed off at sunset because FCC regulations permitted the station to broadcast from 6AM until local sunset. There was no night time radio in Weakley County during the early years.

In November of 1958, the station began to prosper when Dwight A. “Duke” Drumm was hired as the radio station manager.

Because WCMT-AM was forced to “sign off” at sunset to avoid creating interference with other stations, WCMT needed an “FM station” to broadcast high school and college ball games
“live” instead of recording them on tape and replaying them the next day.

Drumm persuaded the owner Mr. Sudbury to seek an FM station and on October 1, 1968, WCMT-FM was added to the airwaves. Music on WCMT-FM was considered mostly background or “elevator music” and ball games were aired at night. Other programming included the St. Louis Cardinals.

In 1970, Drumm hired a 15-year-old high school sophomore Paul Tinkle to be the “clean up” boy for the station. Tinkle would later become the President of Thunderbolt Broadcasting. 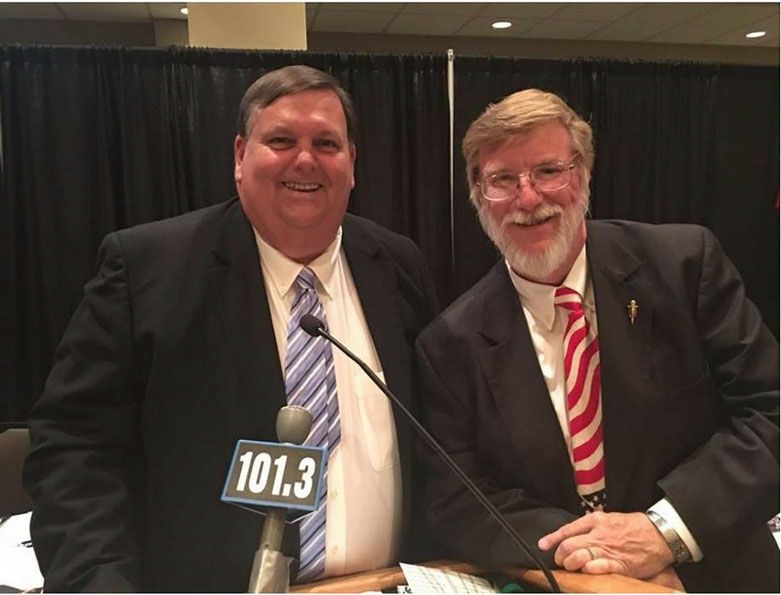 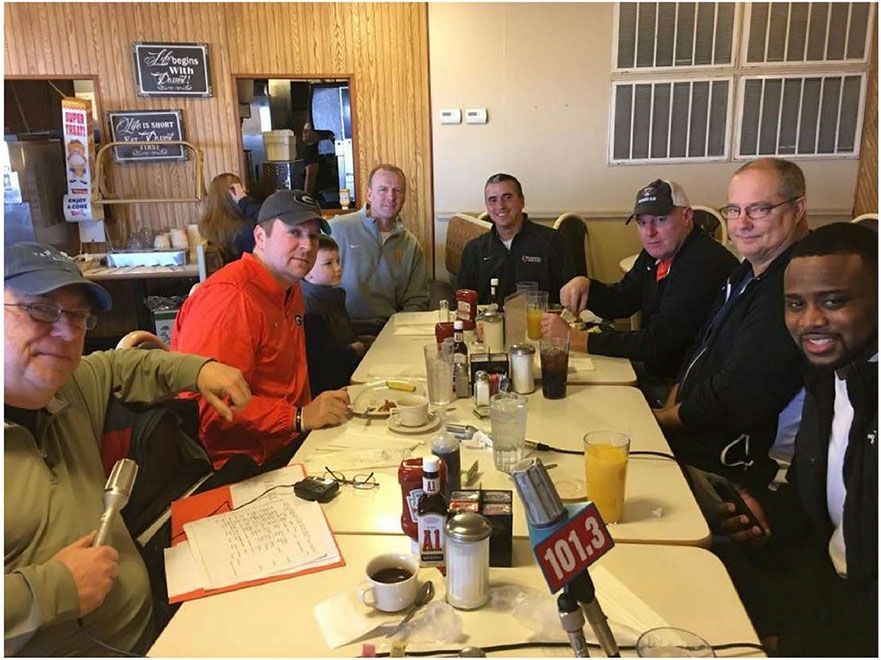 Following deregulation by the FCC in the late 1980s, WCMT-AM became a 24-hour-a-day station but with reduced night time power so as to not cause interference with other stations. This allowed listeners never to have to turn the dial to other stations after sunset. WCMT improved the station’s coverage by constructing a new broadcast tower in 1989 which allowed for a stronger signal for listeners.
In July of 1992, Mr. Brundige sold his interest and Tinkle was named President of Thunderbolt Broadcasting and joined a group of local investors to continue to enhance local radio. 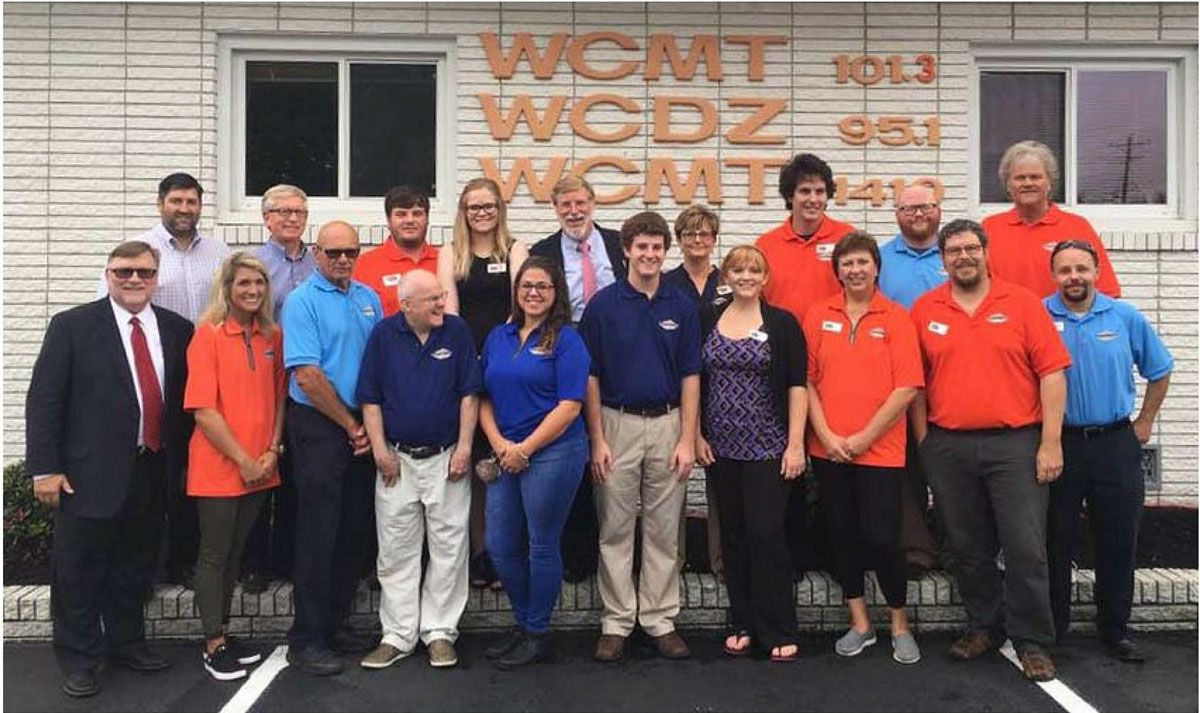 In December 2005, Thunderbolt purchased KYTN-FM 104.9 and WQAK-FM 105. 7 in Union City from Twin States Broadcasting and in 2007 built a new state of the art studio in Union City.
Also in 2007, Thunderbolt began the addition of placing the first of its five repeater stations on the air called “translators” or local FM channels which allowed WCMT-AM to rebroadcast it programming on each station to broadcast on another frequency allowing more opportunities for local listeners to hear their favorite station.

In addition to its community involvement and public service programs, Thunderbolt stations have served as a training ground for UTMartin students through internships and college work opportunities. Thunderbolt Broadcasting awards the WCMT Duke Drumm Scholarship to UTM students who major in Communications. Thunderbolt has held radio-thons for St. Jude’s Children’s Research Hospital, St John’s CDS, We Care Ministries, and have helped the needy with its “Can Caravan” food drive and “Coat Drive”. It has broadcast thousands of ballgames through the years and has been a friendly companion to listeners for almost 60 years. 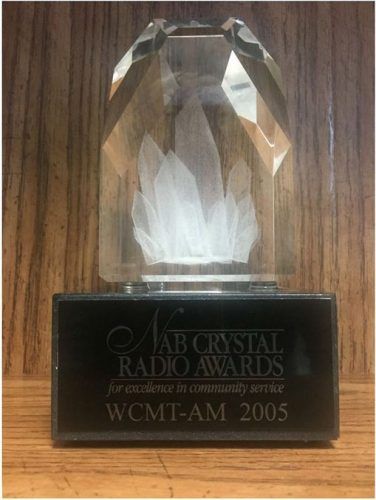 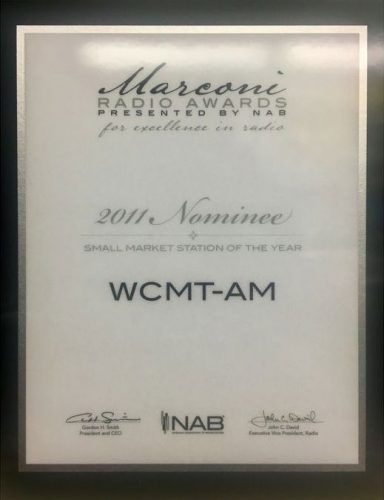 In 2004, WCMT and Thunderbolt Broadcasting were named Weakley County Chamber of Commerce
“Business of the Year.”

In 2005, Tinkle was named “Weakley Countian of the Year” for his commitment to community service. In that same year, WCMT won the prestigious National Association of Broadcasters’ “Crystal Award” for community and public service.

In 2013 KYTN-FM and WQAK FM were named recipients of the Obion County Joint Economic Development Committee’s award “You Made It Happen” for its commitment to community service.