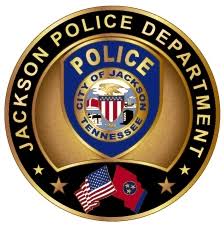 A Jackson police officer was seriously injured Friday morning, during a response to a violent domestic assault.

Police reports said the officer was called to the Laundry Mat on Carriage House Drive, where an individual identified as David Lauderdale, was strangling and violently attacking a female victim.

When the officer arrived, reports said Lauderdale was in a vehicle, which he put into reverse and accelerated, pinning the police officer against his patrol car.

Lauderdale then attempted to flee the scene, but struck another vehicle.

The then fled on foot and was later apprehended by other Jackson officers.

The Jackson police officer struck by the vehicle suffered a vertebrae fracture, fractured ribs and a serious leg injury.

He was airlifted to a Nashville hospital, where he underwent surgery for his injuries.

Reports said Lauderdale is a documented gang member with multiple felony convictions, and was currently out of jail on probation from Davidson County.