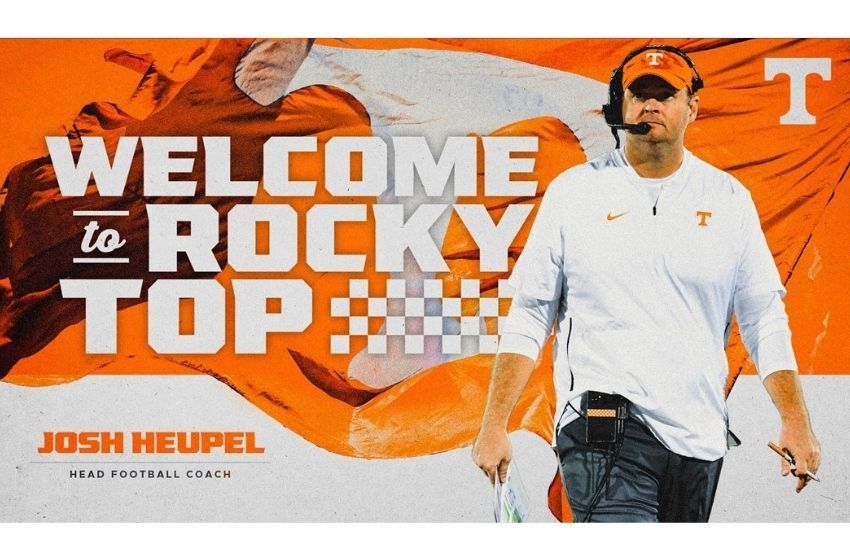 KNOXVILLE, Tenn. — Josh Heupel, the former Oklahoma quarterback who led his team to the national title, and who as an assistant coach and head coach captured conference championships at Oklahoma and UCF, has been named Tennessee’s 27th head football coach, Vice Chancellor/Director of Athletics Danny White announced on Wednesday.

Heupel will be formally introduced during a live-streamed press conference Wednesday at 11:30 CST on UTsports.com and SEC Network.

“We looked at a number of potential candidates,” White said. “Josh Heupel, who I had the privilege of working with for three years, is everything we were looking for: winning with integrity, a history of championships and the architect of explosive offenses. He is a players’ coach and the kind of person the student-athletes go the extra mile for. I saw that first-hand, and you can see it in his coaching record.”

“I am thrilled to be coming to Tennessee,” Heupel said. “I understand that Volunteer fans are hungry for a return to the top that they so richly deserve, and it is my goal and commitment to bring a championship back to Rocky Top.”

“We brought Danny White in to hire a talented coach who can be here for a long time and build a championship program,” UT Knoxville Chancellor Donde Plowman said. “Coach Heupel has compiled an impressive record, and I think Vols fans can look forward to a bright and exciting future. We are delighted to welcome him and his family to Tennessee.”

Heupel became head coach at UCF in 2018 and promptly became one of only three coaches in college football history to lead a team to an undefeated regular season in his first year with them. That season, his team posted a 12-1 overall record, earning the American Athletic Conference championship and a berth to the Fiesta Bowl.

The following year, his team compiled a 10-3 mark, earning a fourth consecutive bowl invitation. Overall, he posted a 28-8 record at UCF and a stellar 20-5 mark in conference play.

Heupel is no stranger to putting up big offensive numbers in the Southeastern Conference. Prior to his successful run at UCF, he served as the offensive coordinator and quarterbacks coach at Missouri from 2016-17.

Mizzou quarterback Drew Lock shined under Heupel’s tutelage. Lock led the SEC in passing as a sophomore, throwing for 3,399 yards and 23 touchdowns. He followed that with an even stronger junior season in 2017, passing for 3,964 yards and a then-SEC record 44 touchdown tosses.

Prior to his time in Columbia, Heupel served as the assistant head coach and offensive coordinator at Utah State in 2015, and he was a member of Bob Stoops’ coaching staff at Oklahoma from 2006-14. During his time with the Sooners, he helped develop Heisman Trophy winners Sam Bradford and Jason White at Oklahoma.

As a player, he was a national champion as Oklahoma’s quarterback in 2000. He was runner-up for the Heisman Trophy in 2000 while leading the Sooners to a victory over Florida State in the 2001 Orange Bowl, sealing the national title for the OU. In 2001, Heupel was the Associated Press Player of the Year, Walter Camp Award winner, Archie Griffin Award winner and a consensus All-American.

During his two seasons as the starting quarterback at Oklahoma, Heupel posted a 20-5 record. He passed for 7,456 yards and 53 touchdowns. Overall, he still ranks among OU’s top three quarterbacks in passing yards, completions and touchdown passes, despite playing just two seasons.

An Aberdeen, South Dakota, native, Heupel earned his bachelor’s degree in business marketing from Oklahoma in 2001. He and his wife, Dawn, have two children—daughter Hannah and son Jace.