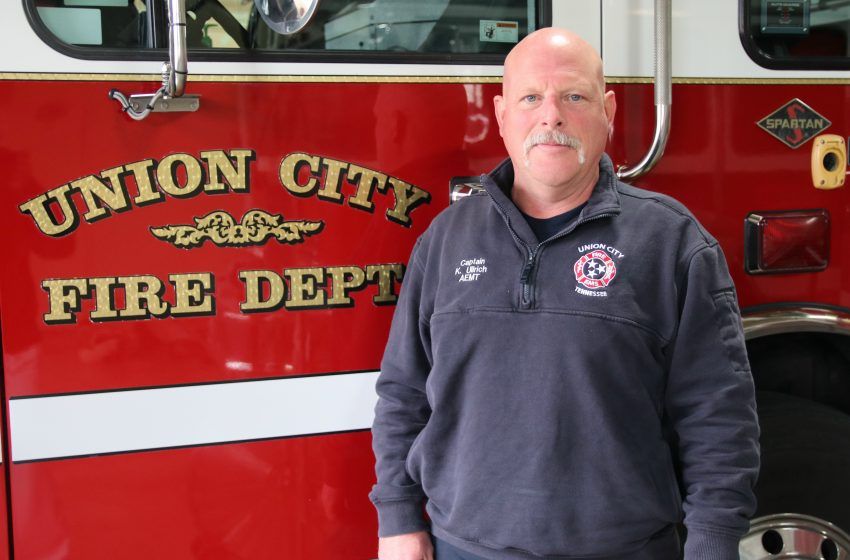 Longtime Union City firefighter Karl Ullrich has been named the new Fire Chief for the department.

Ullrich is a 21-year veteran of the Union City fire department, serving the last 14 years in the rank of Captain.

Speaking with Thunderbolt News, Ullrich said leading a department was his goal when firefighting became a profession.(AUDIO)

Ullrich was selected from an original application pool of 15 individuals from across the nation.

Upon receiving the job, the Chief said he was prepared for his new role for the department and residents of Union City.(AUDIO)

Ullrich is an Eagle Scout and current Chairman of the Union City School Board.

He has Bachelor Degrees in Mechanical Engineering Technology and Fire Administration, and a Master’s Degree in Business Administration.

Ullrich is the former Assistant Director of Public Works for the City of Martin, where he began as a firefighter in 1991.