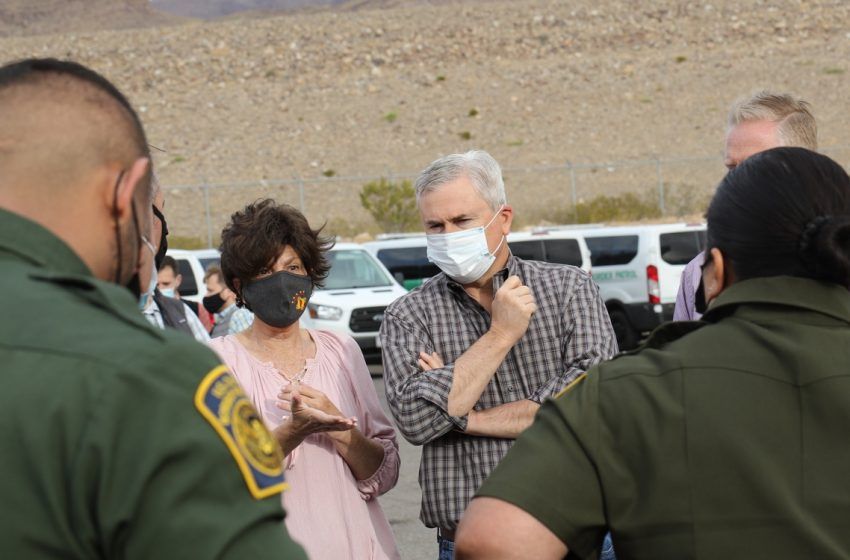 The lawmakers took the trip to examine the crisis at the southern border, which continues to escalate.

Congressman Comer serves as Republican leader of the House Oversight and Reform Committee, and said the trip was an educational opportunity to learn about the current migrant crisis, while meeting with law enforcement officials and residents near the location.

Comer said based on conversations with people on the ground, there was zero doubt that the rise in illegal immigration since January was a direct result of President Biden stopping construction of the border wall and reversing policies that deterred illegal immigration.

During the visit, Comer said the group learned that seizure of the deadly fentanyl drug have increased by 233-percent, with entry by unaccompanied minors up 486-percent, and total illegal immigrants encountered by border patrol agents up 400-percent.