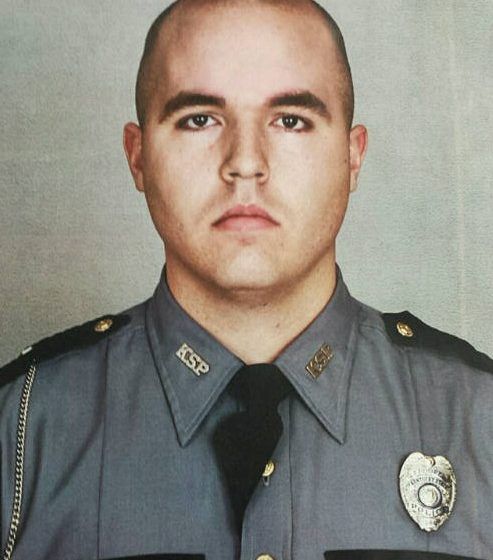 Kentucky State Police at Post 1 will honor one of their fallen Troopers on Thursday.

On June 23rd of 2015, Trooper Eric Chrisman was killed in a vehicle crash on U.S. Route 62, near the Tennessee River Bridge in Livingston County.

He was responding to a reckless driver complaint, when his vehicle failed to negotiate a curve and crossed into the path of an oncoming tractor trailer truck.

Tomorrow at 11:00, Kentucky State Police, the Chrisman family, and others, will lay a wreath at a Memorial Site established at the scene of the accident.

Trooper Chrisman was 23 years old, and had served with Kentucky State Police at Post 1 for only six months.