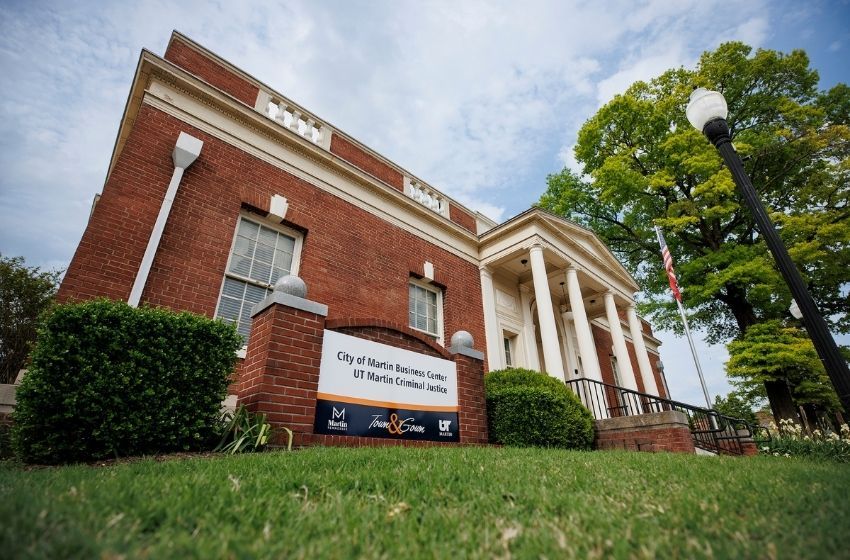 A law enforcement training center in Martin is being named in honor of a former UT Martin criminal justice graduate.

The Bromley Training Center in the C.E. Weldon Building in downtown Martin will officially be named Tuesday, May 24 for Lawrence Bromley, who was killed in the line of duty in December 1991 while working an undercover case with the Dallas Police Department.

Based on university records, Bromley is the only UT Martin criminal justice graduate to serve in law enforcement and lose his life in the line of duty.

Bromley was a 1981 UT Martin criminal justice graduate from Hohenwald. His wife, Cynthia, of South Fulton, was a 1982 home economics graduate. He was recruited in Martin by the Dallas Police Department in 1981 and went to work there after graduation. His wife was a police dispatcher in Dallas and died in 1997.

Don Green, a Tennessee Peace Officers Standards and Training Commission member and 1981 UT Martin graduate who was raised in South Fulton, is the keynote speaker.

The POST Commission is responsible for developing and enforcing standards and training for all local police officers in the state. A plaque presentation and dedication will conclude the event. Also attending will be Bromley’s sister, Nancy Ray, and her husband, Brad, who live in Lexington and are both UT Martin graduates.

The center space is provided by the City of Martin and made possible following the construction and opening of the new Martin Public Library.

The two-year DETER Project is funded at $547,293 and will deliver de-escalation and emergency health-intervention education and training to reduce the injury and mortality rates of police-citizen encounters. Jackson State Community College and Carey Counseling Center, Inc., are partnering with UT Martin for the project. Donavant and Dr. Cindy Boyles, UT Martin associate professor of criminal justice, wrote the grant and guide the project.

The public is invited to attend the naming.

The C.E. Weldon Building is currently undergoing external renovations, but all public areas will be open and easily accessible.