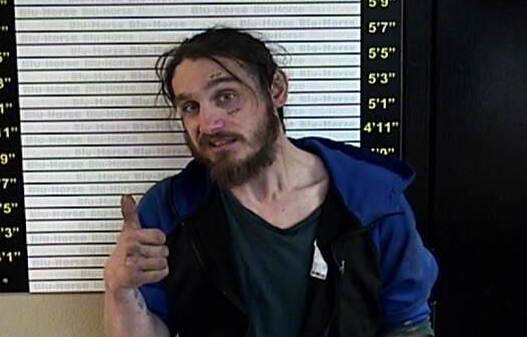 A Mayfield man was arrested on multiple charges after citizen complaints were received.

Kentucky State Police reports said around 10:00 on Sunday night, a suspicious person was reported walking through the backyards of several homes in the area of Clark Street and 15th Street in Mayfield.

While on an unrelated complaint, a Trooper was yelled and cursed at by an unknown male in the complained area.

Post 1 reports said the Trooper was able to make contact with 28 year old Philip Vrhovnick, who then fled the scene of foot.

The Trooper, along with a Mayfield police officer, chased Vrhovnick through residential yards and across a street, where he was apprehended after a brief struggle.

He was taken to the Graves County Jail on charges that included possession of methamphetamine, fleeing police on foot, criminal trespassing and disorderly conduct.