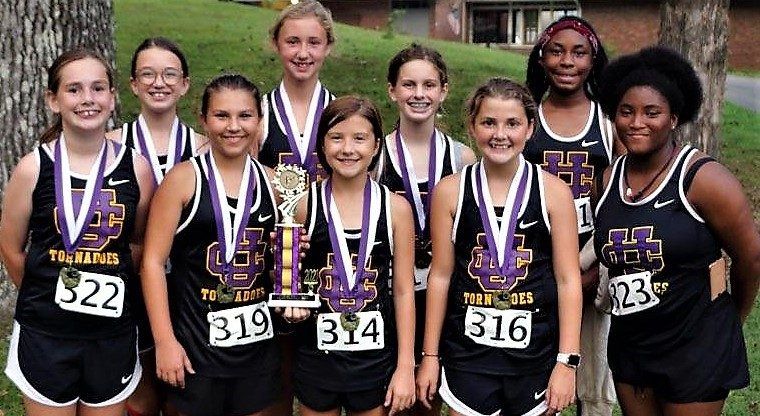 Union City Middle School won top honors in the girls’ and boys’ team portion of the Tomcat Invitational at Brownsville.

The Twister boys finished with 42 points, led by overall best finisher Woodrow McKinnis, who ran the two-mile race in 12:57.

The Top 7 Lady Tornadoes earned medals, as Union City won overall with a total of 42 points.

Brylee Patrick finished second overall at 15:39. Ainsley Beard was seventh with a time of 16:50 and Briley McKinney placed 10th at 17:01.

The Tornado teams will compete for a final time this fall on Thursday when they run in the Best of the West at Northview Middle School.