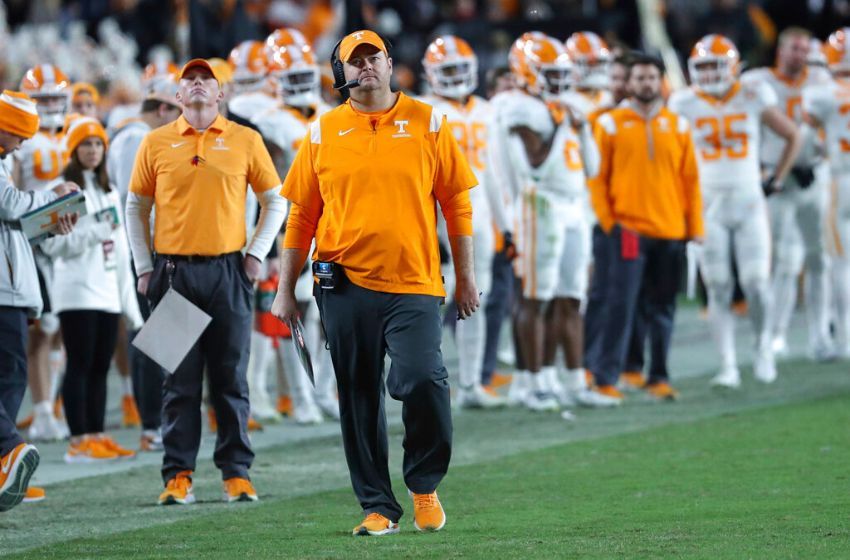 The coach has to remind his ninth-ranked Tennessee Volunteers they have plenty left to play for — possibly even a New Year’s Day bowl game— keep the nation’s top offense humming with a new starting quarterback and not take in-state rival Vanderbilt for granted Saturday night.

“It’s important that we go finish this off the right way,” Heupel said. “We still have a lot of things that we’re playing for. First and foremost, this is just our next opportunity to go play together, so we’re looking forward to that opportunity.”

The Volunteers (9-2, 5-2 Southeastern Conference) fell from No. 1 in the first College Football Playoff rankings to 10th. They’ve lost two of three games, the latest a 63-38 rout at South Carolina where Hendon Hooker’s Heisman Trophy hopes disappeared and where he tore his left ACL.

That puts Joe Milton back in the starting lineup for just the third time since transferring from Michigan to Tennessee. A win would be the Vols’ first 10-win regular season since 2001.

The Vanderbilt Commodores (5-6, 2-5) have a lot on the line themselves in coach Clark Lea ‘s second season.

They’ve won two straight league games after snapping a 26-game SEC skid that started in October 2019. Snapping a three-game skid to Tennessee before a sold-out crowd Saturday night would clinch bowl eligibility for the Commodores for the first time since 2018 — a big turnaround for a program that went winless in 2020.

“We’re aware of the fact that we have a chance to fight to extend our season,” Lea said.

MILTON’S TIME
He was Tennessee’s quarterback in 2021, starting the first two games of the season before being hurt in a loss to Pittsburgh. Hooker, his roommate, replaced him and didn’t leave the lineup except for garbage time until he went down last week with the torn ACL.

Milton will make his third start for Tennessee and eighth of his career Saturday night. He is 23 of 33 for 573 yards with six touchdowns and no interceptions. This gives Heupel and the Vols a chance to build for next season because the senior has one more year of eligibility available if he chooses to stick around.

HUMMING OFFENSE
Despite the two losses, Tennessee still has the nation’s top offense averaging 540.4 yards and 46.5 points per game.

The Vols also boast the top passing efficiency at 184.81 and second averaging 348.8 yards passing per game. That was with Hooker.

Now Milton has to show he can keep the Vols clicking, having already set a school record 512 points in an offense that leads the SEC in eight different offensive categories.

THE WRIGHT QB
Vanderbilt started the season with junior Mike Wright at quarterback. Then freshman AJ Swann started six straight, throwing 159 passes before being intercepted for the first time at Missouri — the longest stretch to begin a Vandy QB career without a pick since 1996.

With Swann hurt in a loss to South Carolina, Wright returned to the lineup and led Vanderbilt to a win at Kentucky to snap the 26-game SEC skid. Then Wright led the Commodores to a 31-24 win over Florida last week, their first back-to-back SEC wins since 2018.

OPPORTUNISTIC VANDY
The Commodores top the SEC and are tied for third in FBS scoring with a combined four TDs off defense or special teams. CJ Taylor has two of those four, returning a fumble for a TD against Hawaii and Missouri. Long snapper Wesley Schelling became the latest, recovering a muffed punt in the end zone in the win over Florida.

That made him only the fifth FBS long snapper since 2003 to score a TD, earning him honors as the SEC’s co-Special Teams Player of the Week.

CIRCLED
Tennessee dominated this in-state rivalry for the longest time and still leads the series 78-32-5. The Vols have won three straight, a winning streak that came after Vanderbilt won five of seven between 2012 and 2018. Lea grew up in Nashville and never beat Tennessee in his three years playing at Vanderbilt.