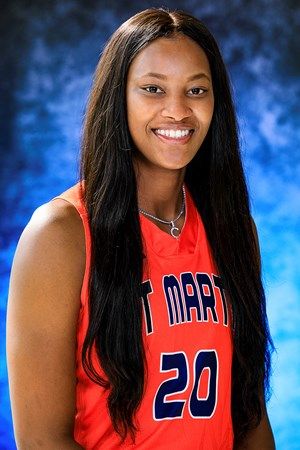 UT Martin women’s basketball standout forward Chelsey Perry has been named to the midseason watch list for the 2021 Becky Hammon Mid-Major Player of the Year Award.

Perry finished last season’s race as one of five finalists and is one of 15 student-athletes named to the midseason watch list representing 10 conferences.

A native of Middleton, Perry ranks third nationally with 26.8 points per game and amongst the nation’s leaders with three double-doubles this season. She has scored 20 points or more in all five contests this season – including a season-high 31 points at Samford. In addition to her scoring prowess, she is averaging 8.4 rebounds, 1.4 assists, 1.0 steals and 1.0 blocks per game. She is shooting 52.1 percent from the field, 45.5 percent from beyond the arc and 76.5 percent from the free throw stripe.

To be eligible for this award, players must compete in one of the 26 conferences deemed to be “mid-major.” The 10 semifinalists will be announced in February, with five finalists being announced in early March.

The winner will be announced in late March.

The list is fluid and players may play their way on or off the list over the course of the season.