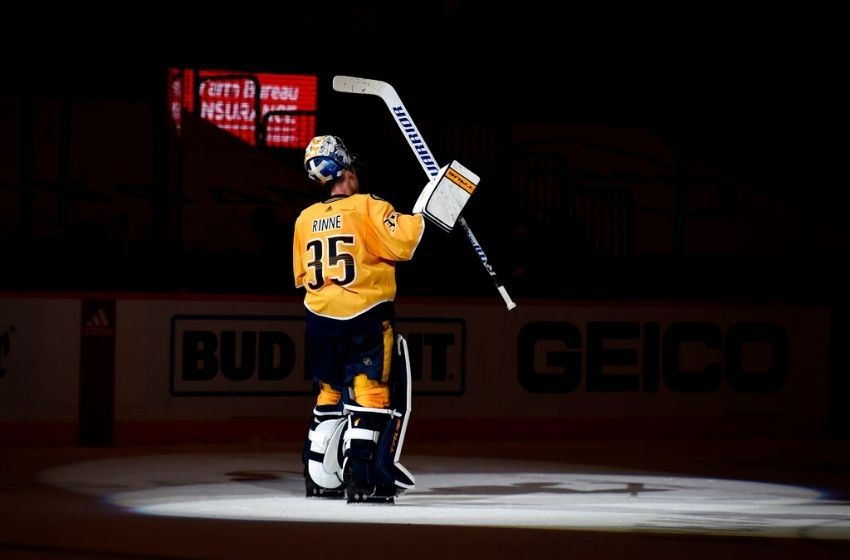 FILE – Nashville Predators goaltender Pekka Rinne (35) waves to the crowd as he receives a standing ovation after the Predators beat the Carolina Hurricanes in an NHL hockey game in Nashville, in this Monday, May 10, 2021, file photo. Rinne, the 2018 Vezina Trophy winner, is retiring after 15 seasons. Rinne, 38, announced his decision Tuesday morning, July 13, 2021. (AP Photo/Mark Zaleski, File)

The Finland native says he’s been on an incredible journey, with the Predators taking him to more places than he could imagine. Rinne says this decision wasn’t easy but the right one at the right time.

The 2018 Vezina Trophy winner made his last start on May 10 in Nashville’s regular-season finale. He won his 60th career shutout, which tied him with Tom Barrasso for No. 19 in NHL history with his 369th victory.