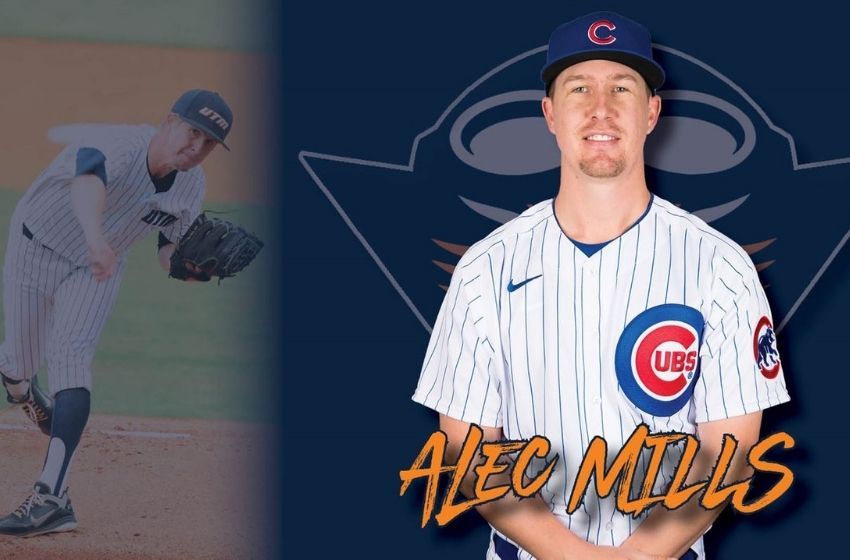 For the second straight season, former UT Martin hurler Alec Mills has broke spring training with the big league club as he will be part of the Chicago Cubs’ 26-man active roster for its opening series against the Pittsburgh Pirates.

The 2021 season marks the 10th season of professional baseball for Mills and fifth at the big league level. This is his fourth season with the Cubs organization after spending his rookie campaign with the Kansas City Royals, who drafted him in the 22nd round of the 2012 MLB Draft.

Mills reached the pinnacle of individual success on September 13, 2020 as he spun a no-hitter against the Milwaukee Brewers. It marked the 16th no-hitter in Cubs history and the 305th in the 118-year history of MLB. He wound up making 11 starts as a seasonlong member of Chicago’s starting rotation during the shortened 60-game calendar, helping guide the Cubs into the playoffs.

A former walk-on, Mills blossomed throughout this Skyhawk career – eventually becoming the first UT Martin alum to ever appear in a MLB game when he made his debut for the Royals on May 18, 2016. He gradually transitioned from long reliever to late-inning setup man to staff ace during his three-year collegiate career (2010-12). He was the winning pitcher during the Skyhawks’ first-ever OVC Tournament victory in 2011, only five days after he started in a must-win, tournament-clinching victory in the regular season finale.