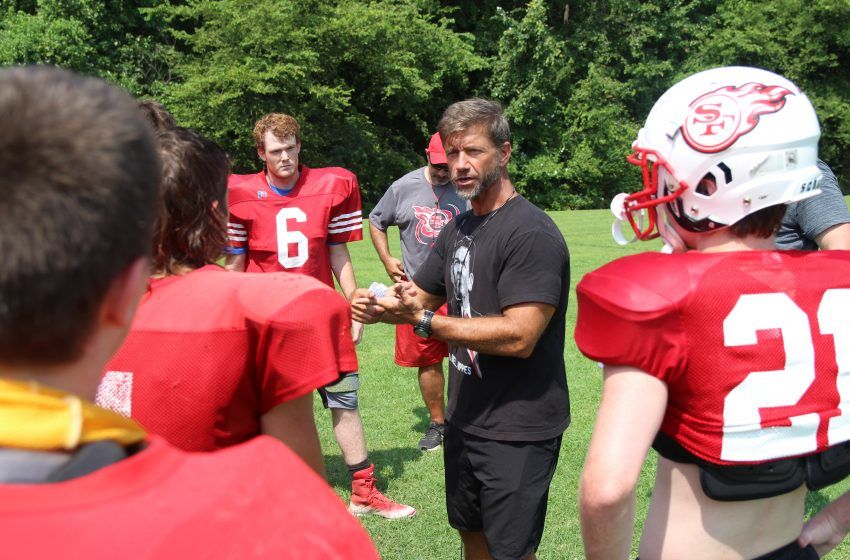 South Fulton head football coach Eric Knott talks with his team during a recent practice at the school…..(photo by Charles Choate – 104.9 KYTN/105.7 WQAK)

The South Fulton Red Devils are back on the practice field, preparing for their football season opener.

Following a practice session this week, coach Knott told Thunderbolt News he has been pleased with the teams efforts to this point.(AUDIO)

The Red Devils currently have 27 players out for the pre-season practices.

With a group of returning players to the team, coach Knott said he plans a more controlled offensive style this year.(AUDIO)

South Fulton will begin their regular season schedule on August 20th at home, when they take on Greenfield.