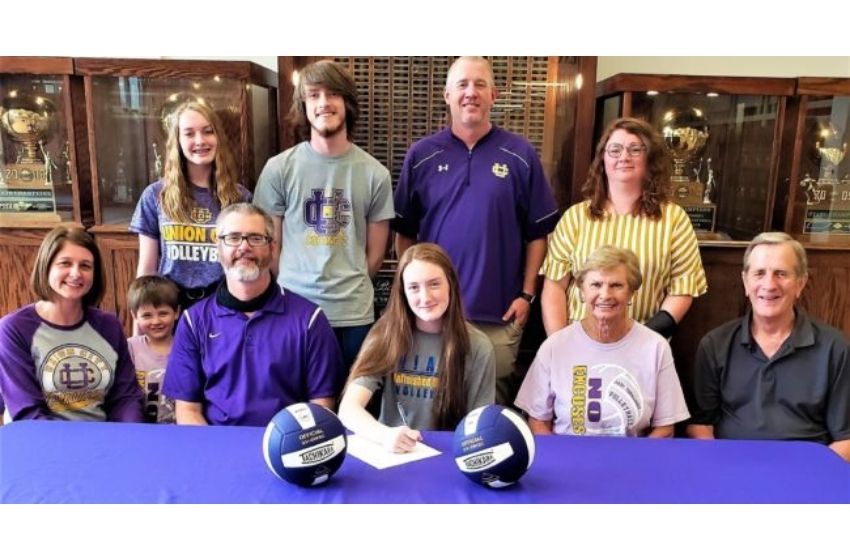 Suiter, recruited as a middle blocker by the Trojans, helped the Lady Tornadoes to just their second-ever state tournament berth last fall when UCHS posted a 15-7 record and advanced to the Class A Elite 8.

She averaged five blocks per game her senior season and racked up an average of eight kills per game in three seasons with the program.

Not bad for someone who didn’t play the sport until her sophomore year.

“Some of my friends were doing it and looked like they were having fun, and I just thought I’d give it a try,” Suiter said. “I’d played some in PE, and I just decided to see what it was all about.

“I’m super excited and it really means a lot to me to be the first college signee from our program. It shows other players that it’s possible. Volleyball is growing in our area and I think it’s good to see how far the sport can take you if you have a passion to continue playing after high school.

“And I obviously couldn’t have done this without the help of my coaches and teammates who really pushed me.”

Suiter said she and Brandt initially set up a Zoom meeting, with the coach then doing the same with her father, Eddie. Finally, she scheduled an on-campus visit to the school where she immediately felt comfortable.

“It seemed like family there, even before I visited,” Abby said. “When I got there, I thought it was the perfect blend of a college campus experience and being small enough where you knew people personally.”

NIACC is a member of the ICCAA (Iowa Community College Athletic Association). The school was originally known as Mason City Junior College and was the first public two-year college in Iowa when it opened in 1918. It became NIACC in 1966.

According to research, the school – which has an enrollment of just under 3,000 — has previously enjoyed success on the national level in volleyball, wrestling, and women’s basketball.

Suiter said she’ll have teammates from Florida and Utah and some from other countries when she moves to campus in late July. She plans to major in education with a desire to teach English and coach volleyball ultimately.