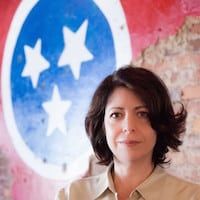 Mancini released a statement Thursday saying Senators Marsha Blackburn and Bill Hagerty “made a public spectacle of objecting to the results of a free and fair election.”

Mancini goes on to ask the Republican Senators to “do their job, fulfill their oath, and get the answers to how it happened.”

The statement ended with Mancini saying “we must not allow this moment to pass or allow those guilty of this insurrection to slink into the shadows and avoid being held accountable.”