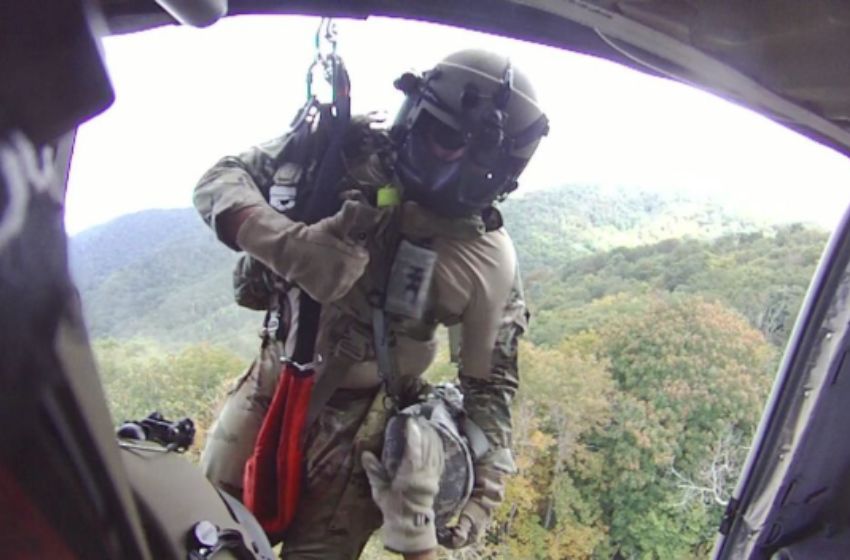 A medical flight crew from the Tennessee National Guard rescued a hiker Tuesday who was suffering chest pains along the Appalachian Trail.

Around midday, the Tennessee Military Department and the Tennessee Emergency Management Agency were notified of a 56-year-old hiker suffering cardiac distress at the Derrick Knob Shelter off the Appalachian Trail, near the border of Tennessee and North Carolina.

Due to the severity of the medical emergency, the Tennessee National Guard was alerted to locate and transport the patient to the nearest hospital.

A UH-60 Blackhawk helicopter and crew assigned to the 1-230th Assault Helicopter Battalion, departed from Louisville and flew to Derrick Knob Shelter just outside of Gatlinburg.

After locating the patient at the Derrick Knob Shelter, Farrar hoisted Banta and DeZuani from the aircraft to the patient where they medically assessed and readied the patient to be hoisted up to the hovering helicopter.

Once the patient, Banta, and DeZuani had been safely hoisted into the aircraft, they continued rendering aid to the patient as they flew to the University of Tennessee Medical Center in Knoxville.

After a 20-minute flight, the aircraft landed at UT Medical Center where the patient was rushed to the emergency room.

The entire rescue mission took less than one hour.