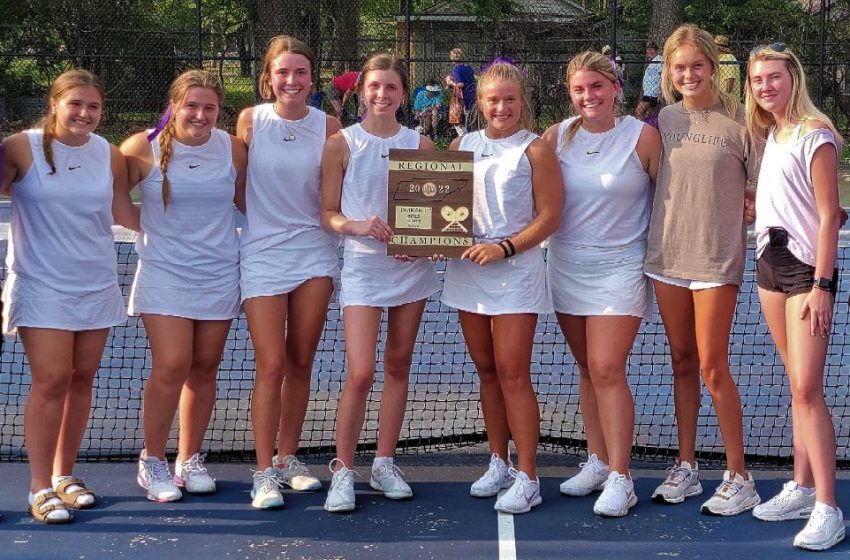 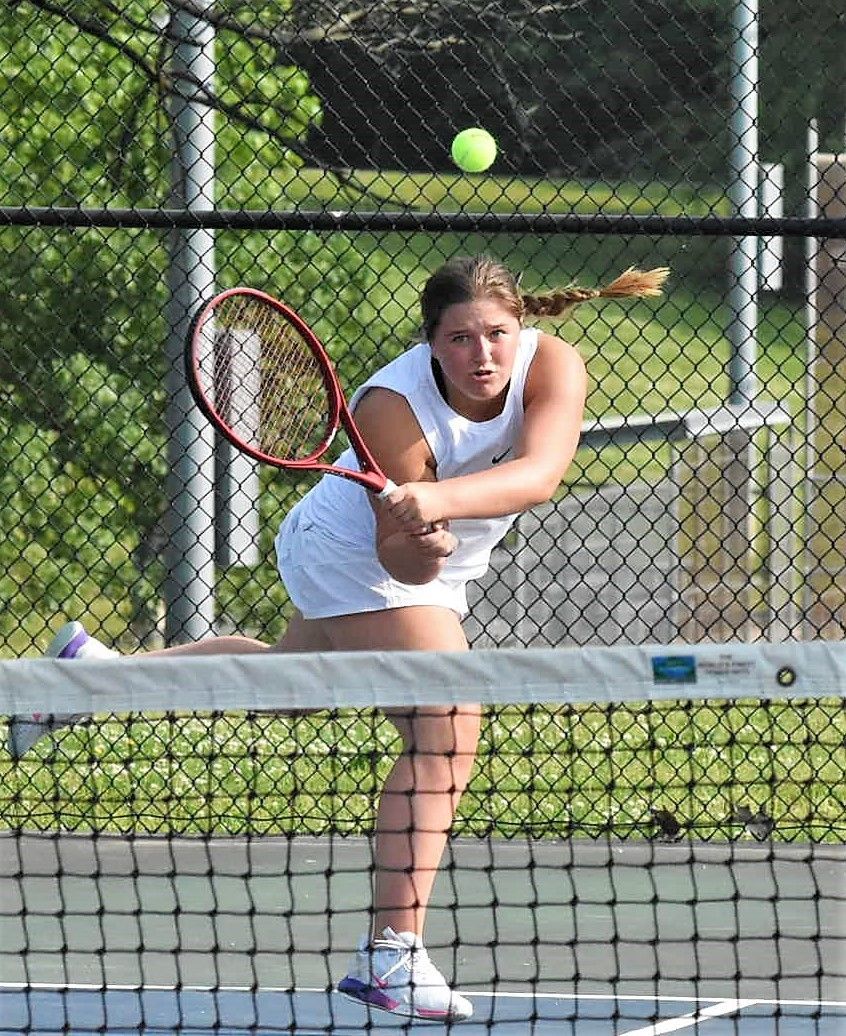 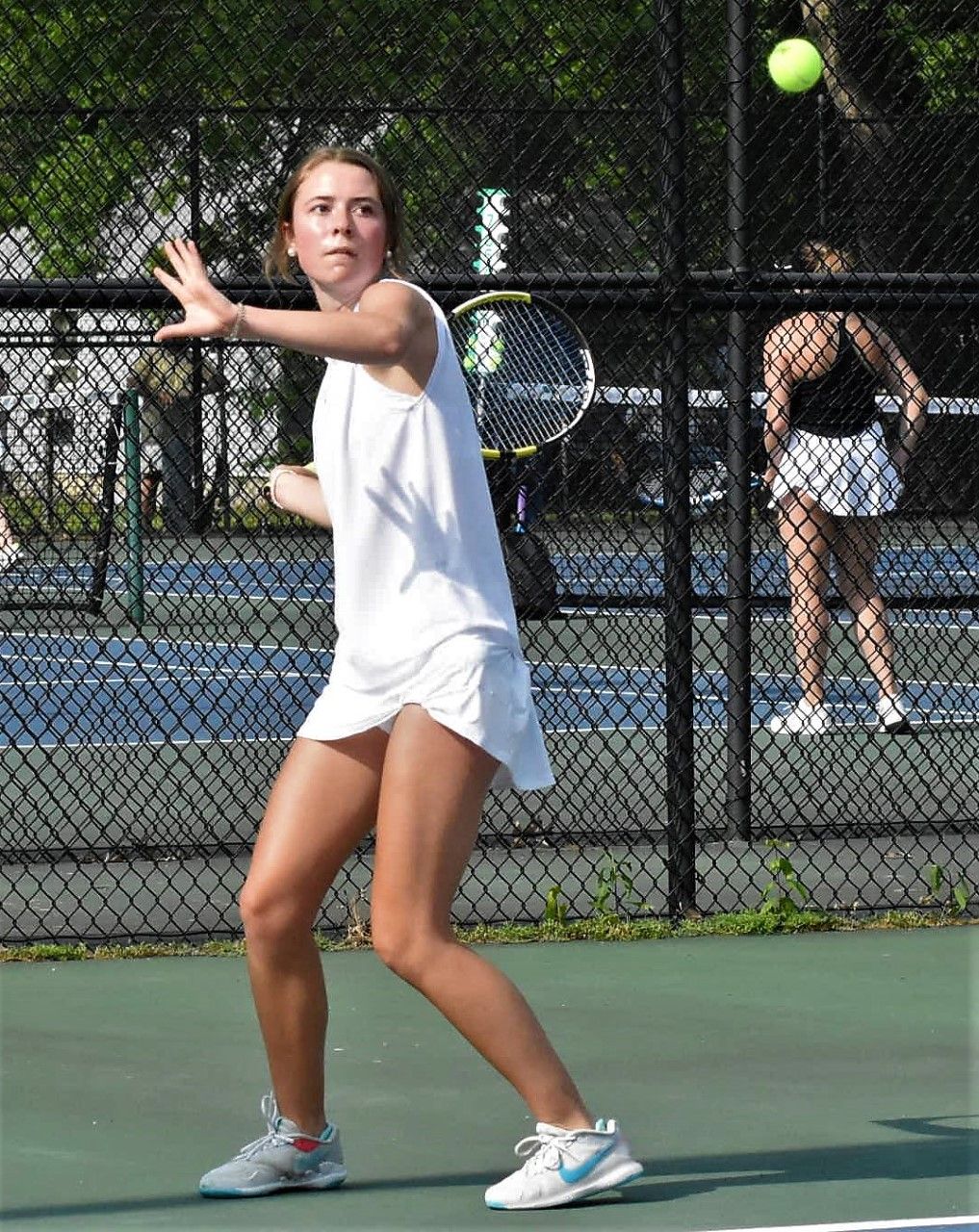 School Communications Director Mike Hutchens said Union City dominated from the outset and quickly dispatched Dyersburg, 4-0, to win the 7A title on Thursday.

With the victory, the Lady Tornadoes advance to Tuesday’s Class A Sectional, where another win would send the Purple and Gold to the state team tournament for the ninth time in program history.

They will play at Madison Academic in the sectional round.

If the Twister girls can match Thursday’s performance, the odds are in their favor for a return to Murfreesboro on May 24 at 3 p.m.

Ignoring oppressive heat and humidity and bouncing back from the disappointment of dropping championship matches in the regional singles and doubles two days earlier, the UC girls played with great energy and focus from the get-go against D’burg.

There was no need for doubles play as the Lady Tornadoes won singles matches convincingly at the second, third, fourth and fifth seeds. Top-seed Annie Wade was comfortably ahead in her match when play was called after Molly Kizer’s clinching triumph.

The total match lasted only a little more than an hour.

Head coach Tom Sisco said his troops responded to a team meeting following Tuesday’s matches and after a light workout on Wednesday.

“We just told them there were a lot of expectations of them coming into the season and that they still controlled what type of year they would have,” the Union City coach said after Thursday’s sparkling performance. “I told them that the journey would start today and that they could still be a special team and have a special season, or they could underachieve.

“This was a great first step on that journey. The girls took the heat out of the equation by jumping on top early in every match, and they never let up. It’s really hard to win two sets in a row in tournament play because of the quality of competition. When you add the elements, it makes it tougher.

“They had a bounce in their step. They were confident. They encouraged each other. It was about as fine an effort as I could’ve ever imagined.”

No. 5 seed Davey Frankum was the first Lady Tornado to put away her foe, blanking Harper Burchfield 6-0, 6-0.

Kizer then closed out the best-of-seven match with a 6-3, 6-1 victory over Lany Pugh.

Wade was well on her way to a victory, up 6-2, 4-1 vs. Jaden Pugh, before Kizer’s match-sealing triumph.

The win improved UC’s team record to 10-10, a deceiving mark given the difficulty of the squad’s regular-season schedule.