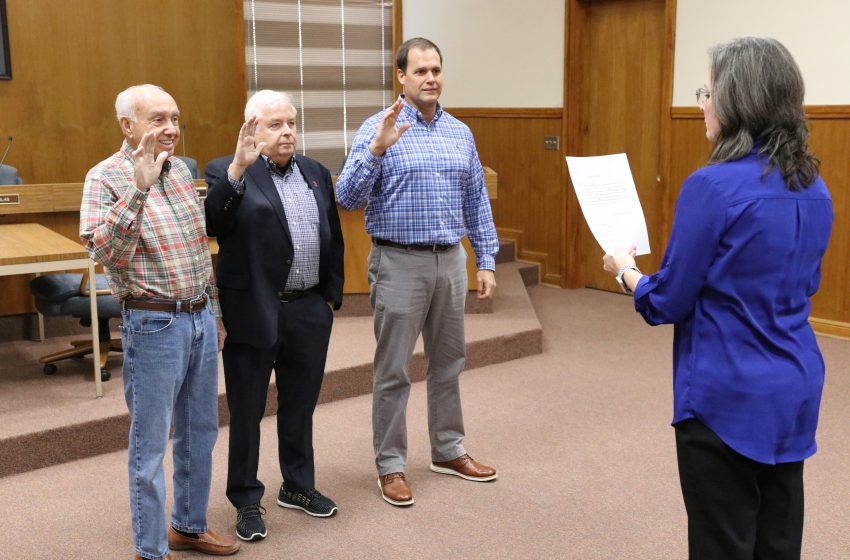 Members of the Union City City Council took their oath of office on Tuesday.

The swearing-in ceremony was held at the Municipal Building, with City Clerk Tracy Gore administering the oath of office.

Photos from the swearing-in have been placed on our website at thunderboltradio.com.