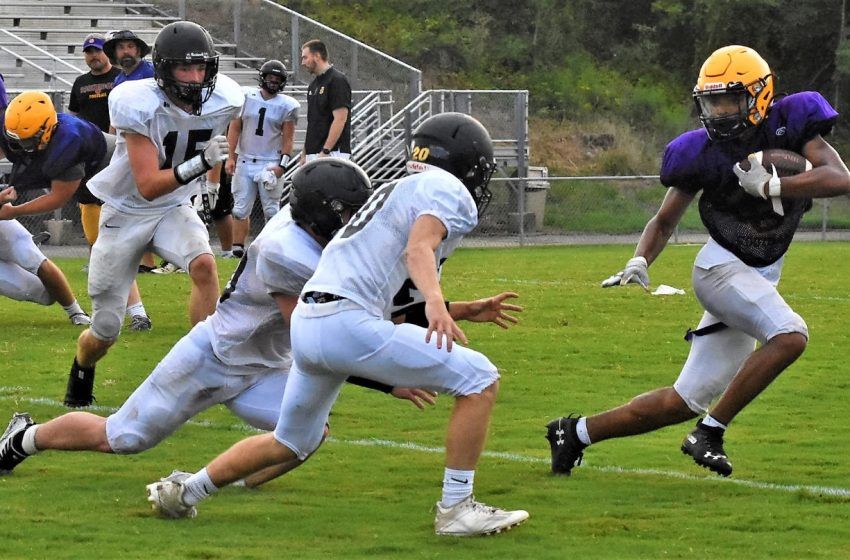 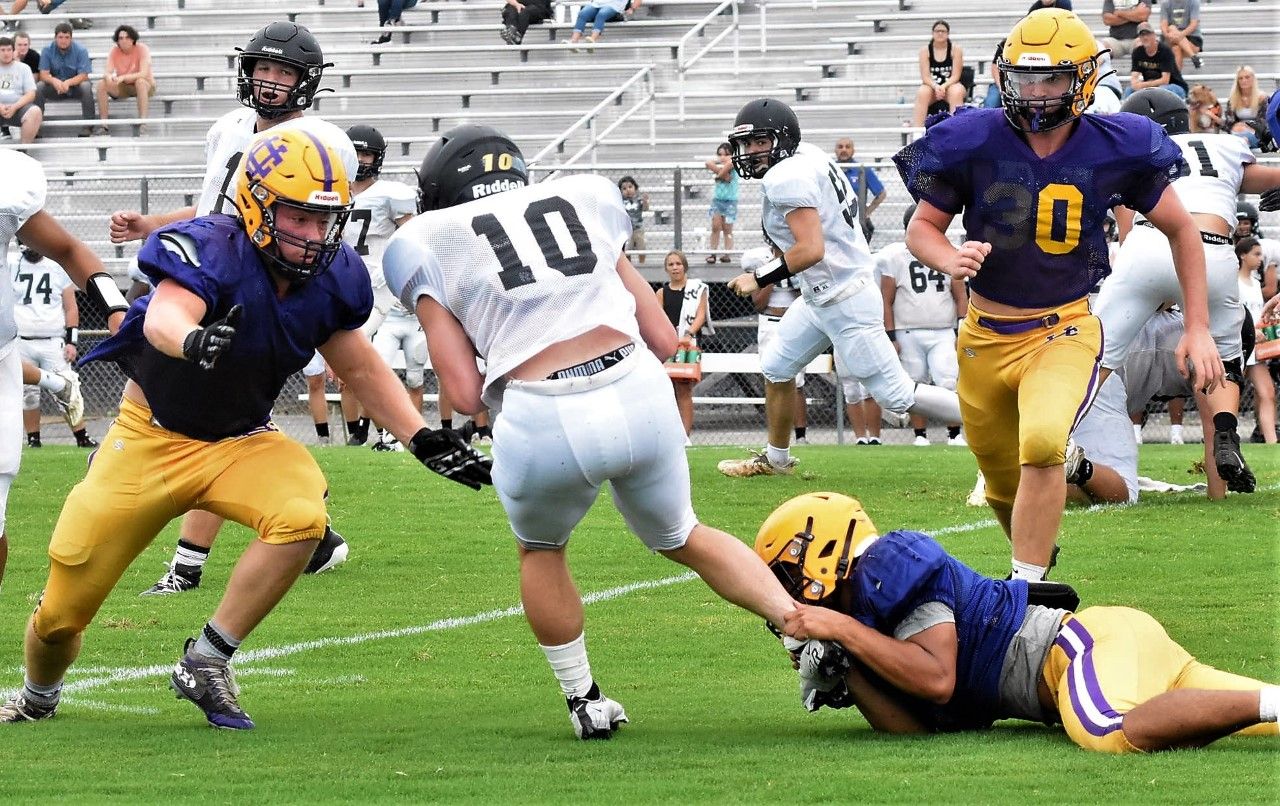 “I saw some good things. And I saw some things we need to get better at,” Tornado head coach Nick Markle said after Friday’s play on the Lions’ turf.

“We played hard. We moved the ball fairly consistently. We had a couple of busts on both sides of the ball though that we must clean up as we move forward to August 19th.”

Fullback Jacob Arnold had touchdown runs of 69 and 3 yards, while backfield mate Gage Smith had a 22-yard scoring scamper for UC. The Twister defense gave up three TD passes, but DeAngelo Monroe came up with an interception late in the session.

Tornado reserves surrendered a pair of scores after taking over for the varsity.

“The main thing we have to do is be more disciplined,” Markle added. “Having some things on tape now will help us with corrections and teaching. We still have some work to do with conditioning, too, but a lot of that can be filed under ‘mental toughness.’

“I thought we were a little lethargic in warm-ups, and we didn’t get off the bus well emotionally. That’s something we struggled with last year at times, and that will continue to be a point of emphasis as we move forward.”

Union City will scrimmage Humboldt at home next Friday before playing at Covington, on Aug. 12, in a jamboree that will also include both middle school programs and the high school bands.

The Tornadoes will open their 2022 campaign on Aug. 19 at Lake County.