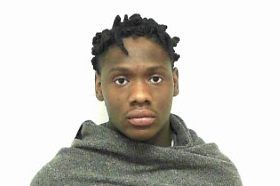 A Union City man charged with murder has been bound over to the Obion County Grand Jury.

22 year old Keyshaun Townsend was bound over by General Sessions Judge Jimmy Smith, following a hearing at the Obion County Jail on Monday.

Townsend is charged with second degree murder and four counts of reckless endangerment, in connection with the shooting death of his cousin, 25 year old Marcus Lynn Taylor of Union City.

The shooting took place on the night of April 3rd at East Gate Village Apartments, on Nash Street.

Witness reports said Taylor and Townsend reportedly got into a verbal argument, with Taylor then shot while sitting inside of a vehicle with two women and two children.

Taylor was taken by private vehicle to Baptist Memorial Hospital, where he died from his injuries.

Townsend was arrested following the shooting at East College Court apartments, after leading officers on a foot chase.

The Obion County Grand Jury is set to meet on June 1st, with arraignments scheduled for June 8th for those indicted.