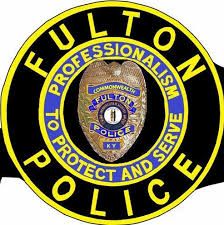 Fulton police reports said a vehicle operated by 30 year old Andre Milligan was stopped due to no tail lights.

Officers quickly learned that Milligan’s drivers license were suspended, he had no insurance, and the vehicle registration had expired on January 31st of this year.

During a check of the 1992 Suburban, officers determined the registration sticker on the license plate did not belong to the vehicle.

A search of the interior of the Suburban then yielded 6.8 grams of methamphetamine, over 126 grams of marijuana, two prescription pills, digital scales and other drug paraphernalia.

Milligan was then issued charges that included trafficking in methamphetamine and marijuana, possession of a controlled substance, operating on a suspended license and failure to maintain insurance.