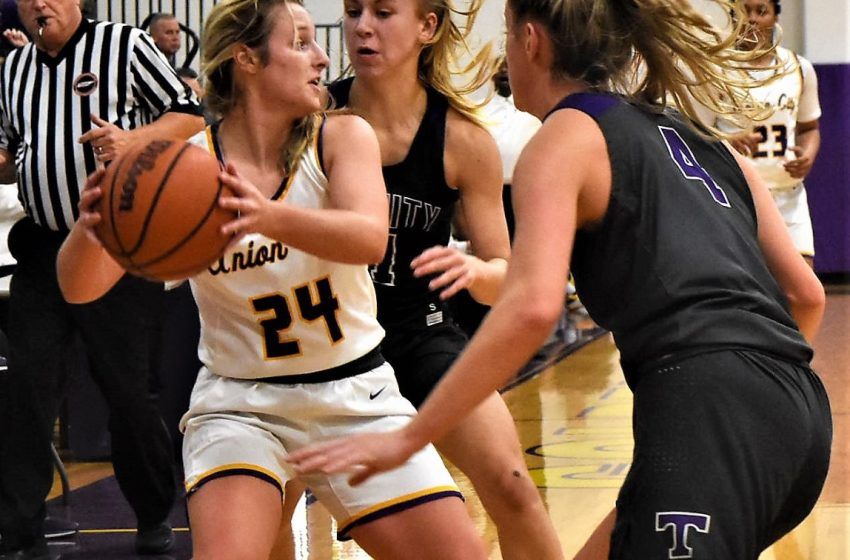 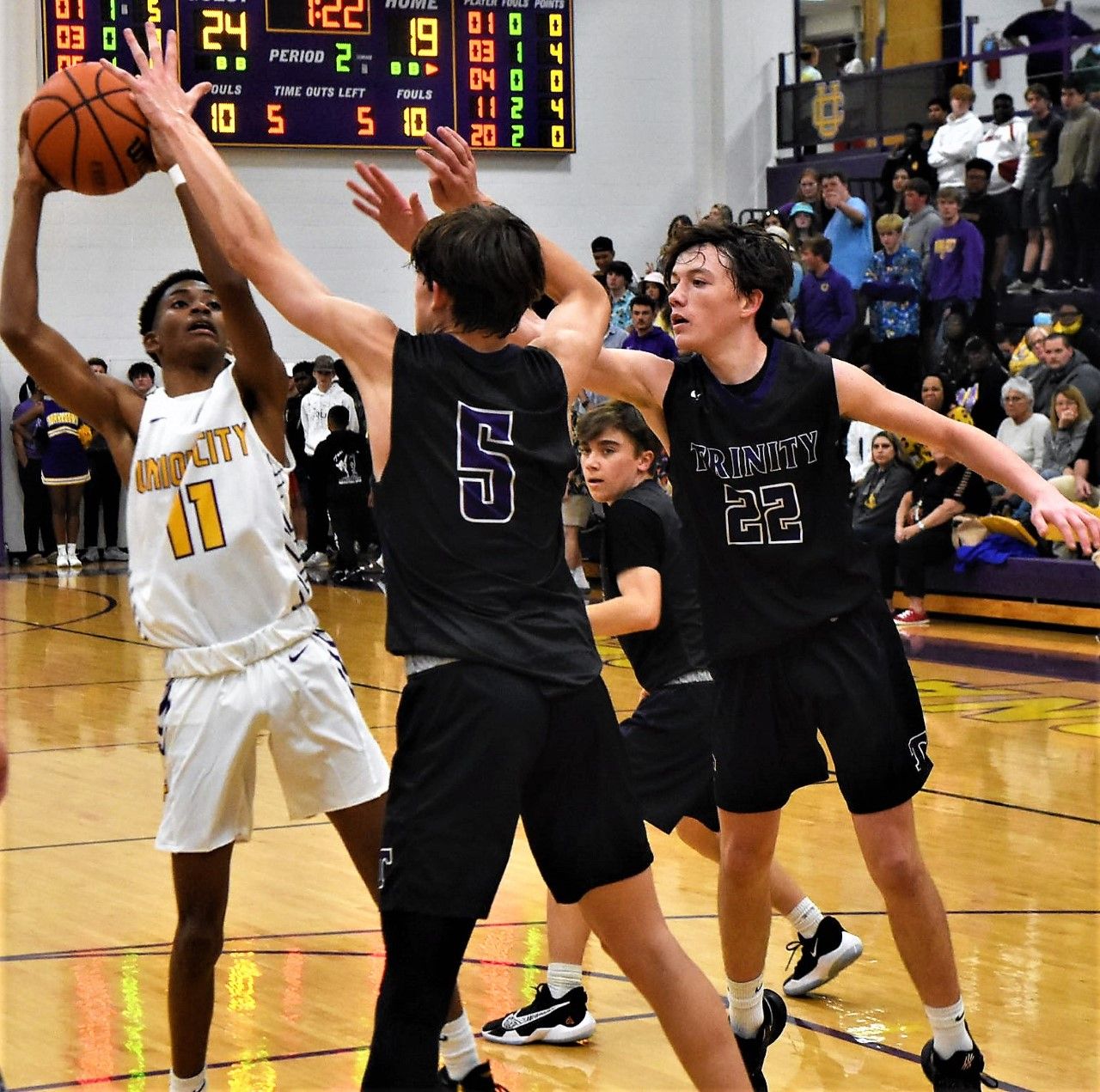 Freshman Finn Frankum made the shot that mattered most for Union City.

Communications Director Mike Hutchens said Frankum salvaged what had been a poor shooting night for the Tornadoes with a 3-pointer with 1.2 seconds to play, to lift the Union City boys to a thrilling 56-54 victory over Trinity Christian Academy at Marty Sisco Gymnasium.

The game-winning trey was just the fourth of the night for the Twisters and Frankum’s only basket of the night.

Maliki Brooks led the way with 25 points, as Union City improved to (3-0) with the win.

The (1-2) Twister girls came back from a double-digit second-half deficit, to take a short-lived lead with three free throws from Amari Bonds in the fourth quarter.

Bonds led all scorers on the night with 27 points.

The Tornado teams will resume play immediately after the Thanksgiving holiday, the boys playing West Creek at Kenwood on Friday at 2:00, while the Union City girls face Munford at Gibson County Saturday at 2:30.