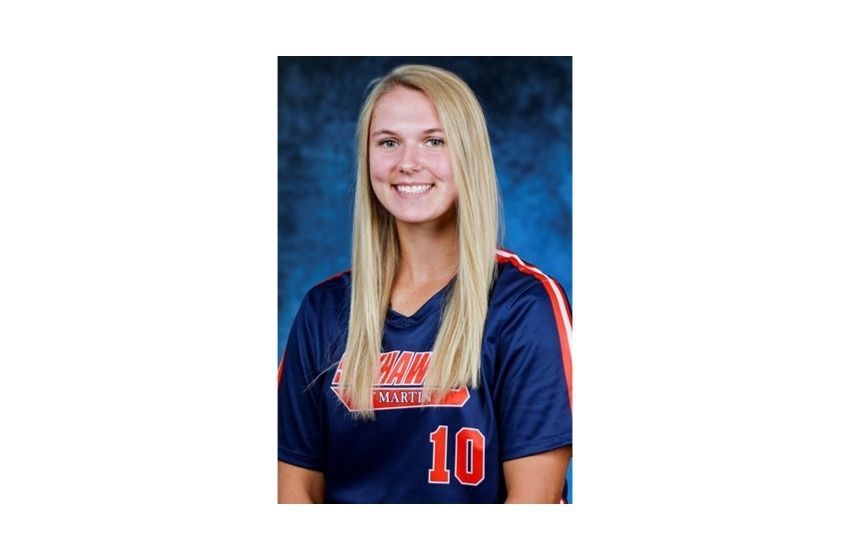 For the second time this season, UT Martin softball standout Alexis Groet has been named OVC Pitcher of the Week after impressive performances against nationally ranked Ole Miss and league foe Belmont.

A native of Oskaloosa, Iowa, Groet went 1-0 on the week in three appearances. She pitched 10.0 innings while tallying 14 strikeouts and issuing four walks. While facing 37 batters, she limited opponents to a .108 batting average for the week.

Groet began the week with a scoreless appearance against No. 24 Ole Miss, allowing one hit in an inning of work. Then her biggest appearance came when she entered in a pinch against Belmont, pitching seven scoreless innings in relief while striking out 10 and allowing one hit en route to an extra-innings victory. After throwing 115 pitches in the win, she came back to start Game 2 of the series and pitched two more scoreless innings in which she struck out four of the six retired batter before being pulled with a seven-run lead.

This marks the second OVC Pitcher of the Week honor of the season for Groet. On the season, she is 11-3 with a 1.24 ERA in 92.0 innings of work. She has tallied 92 strikeouts while issuing 33 walks and two shutouts.