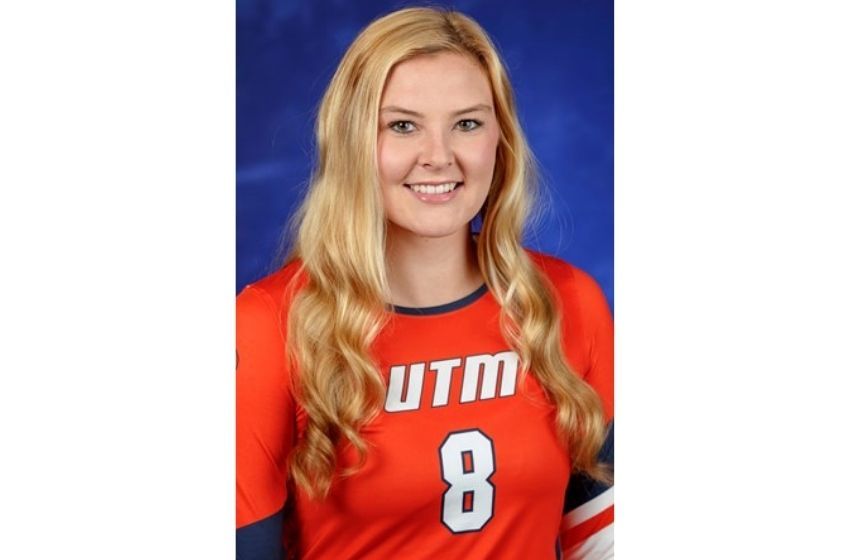 Monday, the OVC appointed Karen Scanlon as its Defensive Player of the Week, just three days after the UT Martin senior made school history against Murray State.

The award is the first in Scanlon’s career as the Scottsdale, Arizona native becomes just the eighth different Skyhawk to be named an OVC Defensive Player of the Week in program history.

Standing at 6-0, Scanlon was a force for UT Martin this week. She swatted away 20 blocks (2.22 per set) and scooped up 18 digs (2.00 per set) in a pair of victories against Murray State, adding a team-best 28 kills (3.11 per set) for good measure to help the Skyhawks overtake the top spot in the OVC standings.

On Friday, Scanlon became the first UT Martin player since Jenna Miller in 2011 to record a triple-double as she put together a stat line of 15 kills, 11 digs and 11 blocks. Her 15 kills equaled a season-high while her 11 blocks were a career-best and are tied for the sixth-most in a single match in school history.

Scanlon followed that with another near triple-double on Saturday, coming away with 13 kills, nine blocks and seven digs in four sets.

For her career, Scanlon ranks 10th in Skyhawk history with a .242 attack percentage.

UT Martin goes for its seventh straight victory Tuesday night when it hosts Southeast Missouri at Skyhawk Fieldhouse. First serve is set for 6:00.