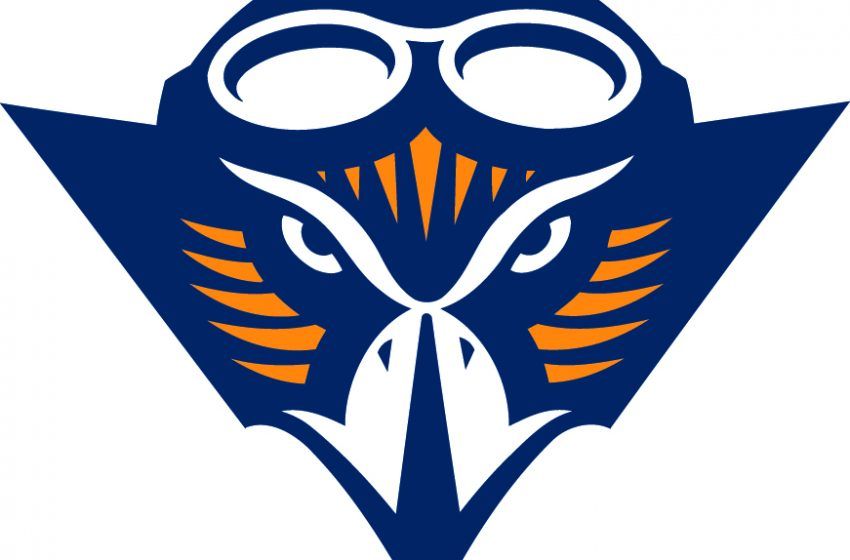 Featuring a nice blend of proven veterans and a slew of talented newcomers, the UT Martin baseball program is ready to make some noise in the OVC in 2021.

Following a season that was cut short after just 16 games, the Skyhawks return 35 total players (18 batters, 17 pitchers) and welcome in a dozen newcomers (six batters, six pitchers). Over half of the roster (26 of 47 student-athletes) are freshmen – 11 of which made contributions in 2020 while taking advantage of the NCAA’s decision to grant an extra year of eligibility in lieu of the abbreviated season.

A vast majority of the upperclassmen boast notable Division I experience, including a nucleus of four key leaders on the pitching staff (Winston Cannon, Sam Folks, Nick Wohlbold, David Hussey) that head coach Ryan Jenkins knows the team will heavily rely on in 2021.

“I think this team’s best trait is going to be the experience that we have on the mound,” said Jenkins, who enters his fourth season in charge of the UT Martin baseball program. “We have guys who have been through the league and understand their roles – they’ve pitched a lot of innings for us in some big spots.”

A 6-3, 210-pound righty, Cannon is penciled into the No. 1 slot in the starting rotation and will be followed by Folks. Those two – both entering their fifth seasons in a Skyhawk uniform – have combined for 21 career victories and have made a significant dent in the program’s record book. Cannon ranks second in UT Martin history in games started (41), third in strikeouts (203) and sixth in innings pitched (222.1) and realistically has a shot to become the school’s all-time leader in all three of those categories. Folks’ 32 games started ranks seventh in Skyhawk history while the 5-11, 190-pound southpaw is five outs shy of cracking the all-time top-10 in innings pitched.

Wohlbold, who was UT Martin’s first-ever Preseason All-American last year, returns as he looks to pad his lead as the Skyhawks’ all-time saves leader. The hard-throwing right-hander earned 13 saves in 2019 and also had a hand in three of UT Martin’s five victories (one win, two saves) last spring. Filling the role of lockdown setup man is Hussey, as the righty has dialed up 107 strikeouts over 104.2 career innings and is one appearance away from entering the program’s top-10 list. He compiled a team-best 3.18 ERA over seven stellar relief appearances a year ago.

Not to be outshined, Jenkins projects a balanced lineup that stacks up against any squad in the OVC. The Skyhawks bring back all 15 position players who logged at least one start in 2020 although redshirt junior infielder Andruw McKenzie – one of only three UT Martin players to start in all 16 games – will miss the season due to injury.

“I feel good about what we’re doing offensively,” Jenkins said. “We have some guys who can really swing the bat. We have a little more depth and are more athletic – we have several guys who can jump in and play a lot of different positions.”

Casey Harford is back as the everyday shortstop after experiencing an injury-riddled junior campaign. The 6-0, 185-pounder has hit .311 over the last two seasons and owns 31 career extra-base hits to go along with 71 RBI’s.

“Casey is going to hit in the middle of our lineup – I believe he’s going to be our best offensive player,” Jenkins said. “He’s one of our leaders – he’s been healthy and has done a really good job for us defensively.”

The role of starting centerfielder will be reclaimed by Sean Dixson. Last season, he hit .339 with a team-best four homers, leading to a team-best .576 slugging percentage.

“Sean’s done a really good job here both offensively and defensively,” Jenkins said. “He’s hit in a couple of different roles – he’s been a leadoff guy for us and a 3-hole hitter as well. He’ll be in the lineup every day.”

Catcher Blake Davis’ 114 career hits (35 for extra bases) are the most of any active Skyhawk while his 879 putouts rank third in school history. The junior out of Crandall, Ga. has started behind the plate in 120 consecutive games and has thrown out 53 would-be basestealers.

“Blake has caught all but two innings in the past three years so he’s comfortable back there,” Jenkins said. “He knows our system and understands our pitching staff.”

With the OVC changing its weekend schedule to one day of doubleheaders, Jenkins foresees the possibility of working in more breathers for Davis as freshmen Cameron Brady and Carson Deer are likely fill-in starters.

“The majority of the time, it’s going to be Blake back there but you’ll probably see everybody at catcher at some point,” Jenkins said. “With the way our conference schedule is set up, we’re going to be playing three games in about 30 hours on the weekends. That’s a lot of baseball in a short period so they’ll all get opportunities.”

At first base, Jenkins envisions Ethan Whitley and Wil LaFollette initially splitting starting time. A junior who bats from the right side, Whitley hit a team-best .385 while ranking sixth nationally in doubles per game in 2020 and currently ranks sixth on UT Martin’s all-time home runs list with 19 round trippers. LaFollette busted onto the scene in 2020 – capturing Collegiate Baseball Freshman All-American accolades after hitting .283 with three homers and 13 RBI’s over 16 contests.

“We’ll see who offensively is hot at the time and play matchups early,” Jenkins said. “Defensively, they’re pretty even – they’re both really good first basemen. Those two will play a lot and if they each get hot, we’ll figure out a way to get both of those bats in the lineup.”

“Designated hitter is a position that is a lot more difficult than most people think,” Jenkins said. “To sit around and take three swings over a three-hour period is not easy – it’s a skill. Christian has obviously had success there and you’ll see him there a majority of the time.”

The only other solidified starting position as of right now is in left field, which belongs to Houston Wright. The southpaw hit .308 with a team-high 14 RBI’s a year ago and is fresh off Tidewater Summer League Most Valuable Player accolades (.473 batting average, 14 home runs, 51 RBI’s in 110 at-bats).

“Houston settled in last season and hit cleanup in nearly half of our games,” Jenkins said. “He had a really good offseason and we look for him to be in the lineup every day.”

Three other starting positions remain up for grabs. Jack Culumovic, who tied a team-high with 13 runs scored while starting all 16 games in 2020, is vying for the third base job alongside freshman Nate Self (five starts last year) and true freshman Blaze Bell. At second base, the competition consists of true freshman Will Smith, junior Billy Edwards (65 career starts) and redshirt junior Blake Daniels (62 career starts). LaFollette – who also may see time at DH – joins Noah Thigpen (23 career starts) and Hayden Cooper (14 starts as a freshman in 2019) in a battle to start in right field.

Jenkins also noted that true freshman speedster Benny DeTrude has been impressive during preseason camp and will push for a starting gig in the outfield. Freshman Preston Jones is also in the mix for spot starts in the outfield while true freshman defensive whiz Alec Beaman is the primary backup at shortstop behind Harford.

“We’ll try to get everybody in those spots and try to solidify our lineup before we get into conference play,” Jenkins said. “Everybody is going to get a chance to play, especially early.”

Outfielder Thomas Fullerton and the catching duo of Chance Merithew and Andy Horne have all faced injury setbacks so far during the early portion of the 2021 season.

Behind Cannon and Folks, the Skyhawks have a plethora of options for the third weekend and midweek starting pitchers. Seth Petry is the most experienced of that group as the sophomore right-hander went 4-2 in 2019 and has made 11 starts as part of his 19 collegiate appearances. Other returning candidates from last spring include freshmen Eric Steensma (1-1 in three starts), Mitchell Ford (six relief appearances), Boston Smith (2.70 ERA in one start) and Warren Lee (one relief appearance). Jenkins has also liked the development and poise of 6-6 true freshman right-hander Grayden Stauffer, who joins UT Martin out of Maxwell Heights Secondary School in Canada.

“After Winston on Fridays and Sam on Saturdays, it’s going to be a swinging door with about six contenders for the third and fourth spots in the rotation,” Jenkins said. “We have three nonconference weekends before we open up OVC play against Belmont so we’re going to use that time to put as many guys as possible out there and see who can consistently throw strikes.”

Ford will join Ryan Insco (1-0, .227 opponent batting average in 17 relief innings as a freshman in 2020) and the true freshman trio of Tucker Reed, Lawson Russell and Eli Martin to bridge the gap between the starter and the backend stalwarts of Hussey and Wohlbold.

“Part of not playing for a year-and-a-half is that you don’t know how the bullpen is really going to set itself up,” Jenkins said. “So our plan is to put all of those guys out there early and let them get their feet wet. That will shake out through those first three nonconference weekends and it will solidify who goes into what role moving forward.”

Freshmen Drew Bell, Wesley Bomar and Brock Hughes are working their way back from injuries to round out the deep Skyhawk pitching staff.

Add it all up and UT Martin appears to be on the verge of a breakthrough. For Jenkins, the prospect of getting back on the field is exciting after last season was abruptly halted on March 12. However, there are many hurdles his team must cross throughout the upcoming 2021 campaign.

“The biggest challenge for all of us is the unknown,” Jenkins said. “We haven’t played in so long and I think there’s going to be an adjustment from everybody’s normal gameday routine to seeing live pitching to being in an atmosphere of playing in parks with fans in the stands. Scheduling has been a battle for everybody – where we are geographically, a lot of the leagues that surround us are not playing nonconference games once they begin their conference seasons. Every conference is in a different situation and logistically, things are changing basically every single day. Our guys have handled everything well – we look forward to getting back out there and competing.”