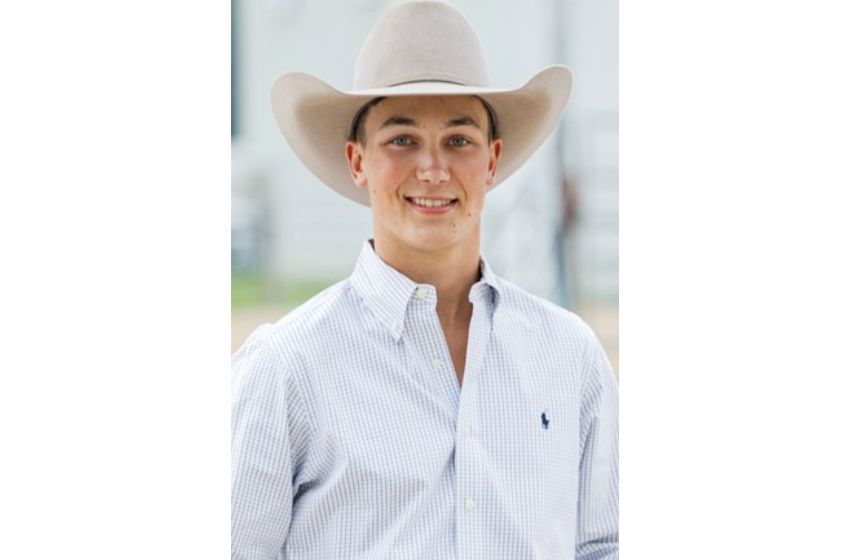 It was a memorable Saturday for the UT Martin rodeo program as Cole Walker captured national championship accolades in men’s all-around at the 2022 College National Finals Rodeo, capping off the weeklong event held at the Ford Wyoming Center.

When all the scores were tallied late into Saturday evening, Walker’s 270 all-around points edged out Fresno State’s Cole Dodds (245 points) for the national championship. Walker entered Saturday’s finals ranking second in the standings but was boosted by an 80-point effort in tiedown roping and 60-point performance in team roping on the final day. Overall, he accumulated 160 points in tiedown roping and 110 points in team roping at the 2022 CNFR.

As a team, the Skyhawk men’s squad finished with 435 points – which ranked 10th in the standings. It marked the program’s most points at the CNFR since 2015 and the ninth national top-10 finish since 2005 under John Luthi, who coached his final rodeo for UT Martin and enters retirement following 25 years at the helm.

“What a way to end the season,” Luthi said. “For Cole to win this national championship is a big deal – those don’t come around too often. I am so proud of not only Cole but our entire team – my coaching career has been a blessing and to wrap it up this way is very special.”

Walker was one of two Skyhawk cowboys who advanced to the Saturday night finals, joining senior Will McCraw. Walker and McCraw finished fifth nationally in team roping while Walker also placed fifth in the nation in tiedown roping.

The top 12 contestants in each event qualified for the right to be called national champions on Saturday. Walker earned a spot in the tiedown roping field after posting times of 14.4 in the first round, 8.4 in the second round and 13.3 in the third round. His second-round performance was tops in the field of 45 cowboys. During Saturday’s finals, his 8.0 seconds flat was the third-best time in the field, giving him an average of 44.1 for the week.

Walker (heeler) joined McCraw (header) in Saturday’s team roping session. The duo clinched their spot in the finals after collecting times of 11.5 in the first round, 7.0 in the second round (fourth-best time of the 46 teams) and 11.5 in the third round. They completed their successful week with a 12.0-second performance on Saturday, giving them a 42.0 average for the CNFR.

Team roping was the second event of the week for McCraw, who hails from East Bend, NC. He also represented UT Martin in tiedown roping, ranking 28th in the field with a 30.6 average that included times of 20.4 in the first round and 10.2 in the third round (also receiving a no-score in the second go).

Senior Jack Smithson took part in saddle bronc riding for the Skyhawks, narrowly missing a spot in the finals after placing 14th nationally out of 39 cowboys. The Springfield, Tennessee native pieced together a 144.5 average, starting his week with 76 points in the first round which ranked fifth in the standings. He followed with a no-score in the second round and a 68.5-point effort in the third round.

A junior out of Culleoka, Tennessee, Jesse Keysaer made his second straight CNFR appearance in steer wrestling for UT Martin. His best time of the week came during his third-round performance on Wednesday as his 4.9 seconds ranked seventh. He opened with an 8.6 in the first round before a no-score in Round 2. Overall, he placed 23rd out of 42 competitors with a 13.5 average.