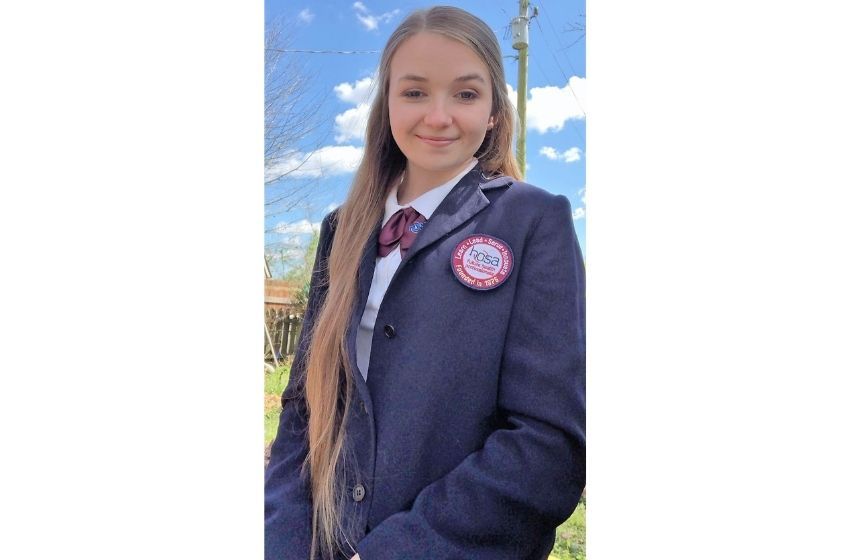 The international student organization’s mission is to promote career opportunities in the health care industry and to enhance the delivery of quality health care to all people. For Hogan, serving as the state organization’s reporter/historian will be the means by which she can enhance her presentation and people skills while also helping others.

Carolyn Glover, RN, BSN, is the Westview HOSA advisor. She describes Hogan as a “very hardworking and dependable young lady” who has been actively involved in HOSA activities each year.

Hogan first began to dream of a statewide position with the organization during her freshman year. She heard a state officer speak to the Westview group and that officer’s speech made Hogan wonder if she, too, could take on such a role. She had already learned she loved public speaking as she had competed in HOSA events, ultimately progressing to the international level of competition in Orlando. When that same officer returned the next year, Hogan had her questions ready. Soon she knew the steps needed.

Becoming a HOSA officer requires a completed application, essay, letters of recommendation and a resume. Once through the initial vetting process, Hogan then had to learn HOSA history and parliamentary procedures and pass a test on those subjects. Next came a three-hour workshop and interview. Finally, she was approved for the ballot. This year the voting was done online as HOSA members viewed and heard videoed campaign speeches from the candidates.

Hogan’s new duties will include advocating for HOSA, planning events, and communicating with chapters.

Calling HOSA “unlike any other club” she’s been a part of, Hogan praised the many learning and growth opportunities offered.

“Mrs. Glover has been a tremendous support for me,” she added. “I couldn’t have done this without the support of her and the chapter.”

Hogan is also part of the Weakley Playhouse, the county’s high school drama club, Beta Club and runs cross-country. She plans to first obtain her BS in nursing and then continue on to become a pediatrician.