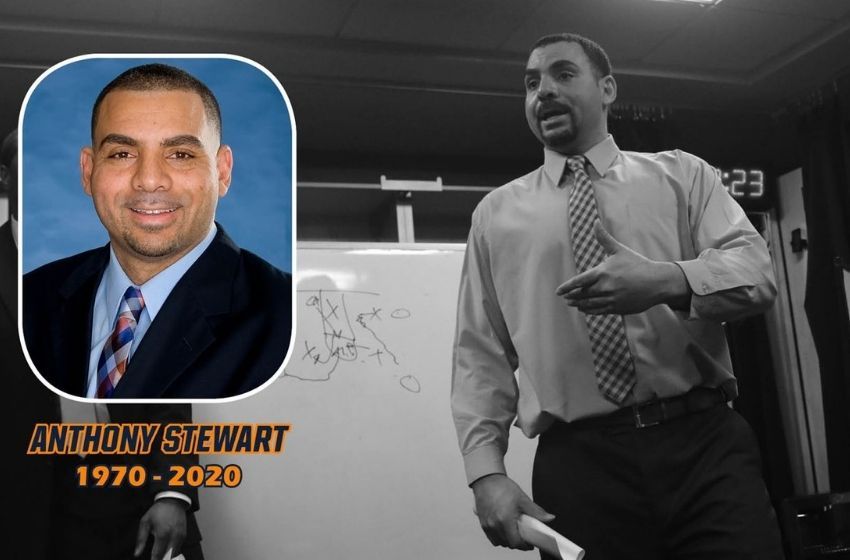 The Gene Bartow Award is presented annually to a current or former coach for his contributions to the game. Named after the late coach who won 647 games over a 36-year collegiate career, the award measures a coach’s win-loss record but also the impact he’s made on his players, school and community.

On November 15, 2020, the college basketball community was stunned at the unexpected passing of Stewart, who was entering his fifth season in charge of the Skyhawks. The Akron, Ohio native, who was just 50 years old, was honored throughout the 2020-21 season with a suit jacket on the first seat on the UT Martin bench at home and away games.

On the court, Stewart guided the Skyhawks to 53 victories and a pair of OVC tournament appearances. In his first season at the helm, UT Martin tied the program record with 22 wins, claiming its first-ever outright OVC West division title while advancing to the league championship game. As a direct result, he was one of 21 finalists for the 2017 Ben Jobe National Coach of the Year Award, presented every year to the nation’s top Division I minority head coach.

Arguably, Stewart’s greatest presence was off the court. His teams routinely gave back in the area – logging over 1,000 hours of community service during his tenure. Stewart improved the program’s NCAA Academic Progress Rate by 43 points in his tenure, reaching a perfect 1,000 score for the 2018-19 season. His team followed that with a school record 3.1 cumulative Grade Point Average for the 2019-20 campaign. A total of nine men’s basketball student-athletes earned their degrees under Stewart with a 10th Skyhawk on track to graduate this spring.

Stewart additionally took part in many high-profile speaking engagements. He was a keynote speaker at the 2019 Martin Luther King, Jr. Celebration Breakfast event held on the UT Martin campus and at the 2018 Collegiate Coaching Consortium at the NCAA Final Four in San Antonio, Texas. He also annually represented the Skyhawks at the American Cancer Society Coaches vs. Cancer Tennessee Tip-Off Reception in Nashville.