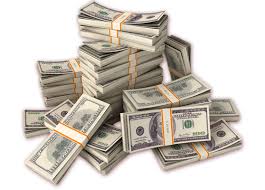 Lottery players across the nation now have combined lottery jackpots of over $1.5 billion dollars to play for.

Tonight’s Mega-Millions drawing now has the second largest jackpot in the games history, at $850 million dollars.

Should a single ticket match all six number in tonight’s draw, that person could choose to take the cash option payout of $628.2 million dollars before taxes.

On Wednesday night, the Powerball drawing will be for $730 million dollars, which is the fourth highest amount in the games history.

A ticket matching all six numbers in this drawing could take a lump sum amount of $546 million dollars before taxes.

Both lottery games are played in multiple states, including Tennessee and Kentucky.